We spent Halloween with Abe’s mom - the kids’ second year of trick or treating. 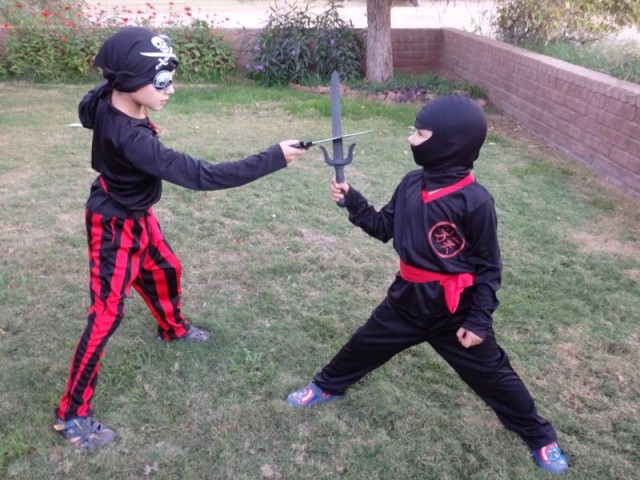 We hadn’t been to Vickie’s since Easter, so it was really good to visit. The kids are always delighted to see family, and of course the candy part of this particular holiday only made it better. 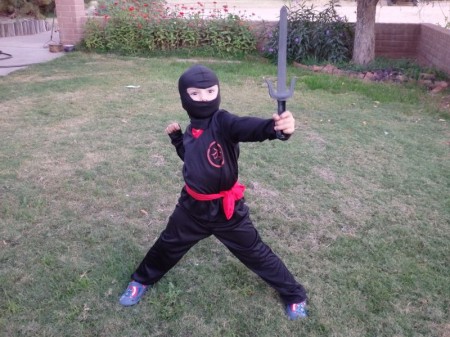 Leo went as a pirate and Nicky as a ninja. They really love the whole idea of costumes, and the fact that people just randomly hand over candy is still a complete novelty for them. They both came away with a big bag of sweets and chocolates, which will no doubt last a lot less than they should – though it’s not the kids that make the biggest dent 😉

Vickie also took them to Living Desert, a zoo that houses animals native to the region. Even though they’ve been several times now, it’s still always on their “to do” list. Nicky was thrilled to see Maggie out and about. She’s a bear and is one of his favorites, but she’s usually sleeping when they go, so her appearance was much appreciated.

Even though Halloween is technically for kids these days, the adults found time to have some fun too. In fact, we had such a good time that I took almost no photos!! I remember when the kids were young, I took endless amounts of pictures and videos, but with each passing year, I seem to take less. I guess I’ll have to work on that or I’ll wind up with no photos of the child to adult stages!