An overview of what Leo's up to at the moment. 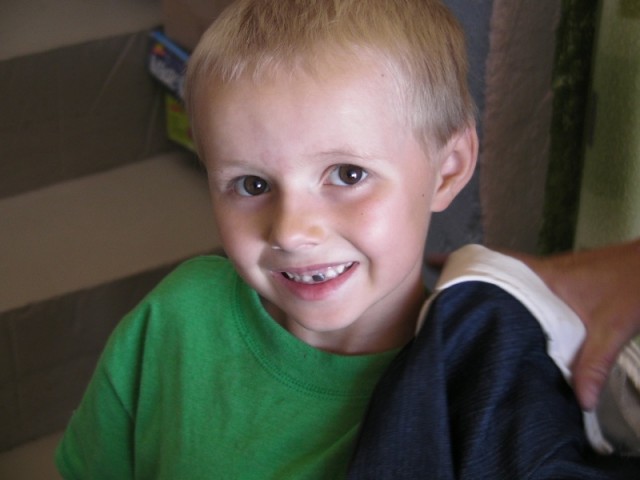 It’s been a long time since I did an update on the kids. I hesitate to do that much these days, as most of our readers don’t know us and aren’t that interested in what our children are doing! However, for the sake of the family and friends that have asked, here we go. The rest of you can just skip these ones 🙂

Leo’s now six and is a miniature Abe. It’s uncanny how alike they are, not just in looks, but the way they think. He’s fascinated by everything, especially the natural world. He’s constantly going off to look for birds’ nests or Praying Mantis eggs, or acorns, or rocks, or anything really. He does rounds each day, checking on the plants in the gardens, making sure all “his” animals are OK (especially his mealworms). He knows all the characteristics of mammals, reptiles, insects, etc. and asks questions about everything.
Flickr API error: Photoset not found
There’s a couple of interesting milestones that he’s hit recently. The first is the ability to debate. As an example, he wanted to go swimming the other day. I was working on something I had to finish so my answer was a definitive no, and Abe had just finished a long day working on the roof in the hot sun, so was too tired.
“I bet you’re really hot after working all day, huh papa,” says Leo calmly.
“For sure.”
“You know, the cool water in the pool might help you feel better. It feels really good when you’re hot.”
So Abe went swimming with the boys, and you know what, it did feel pretty good! 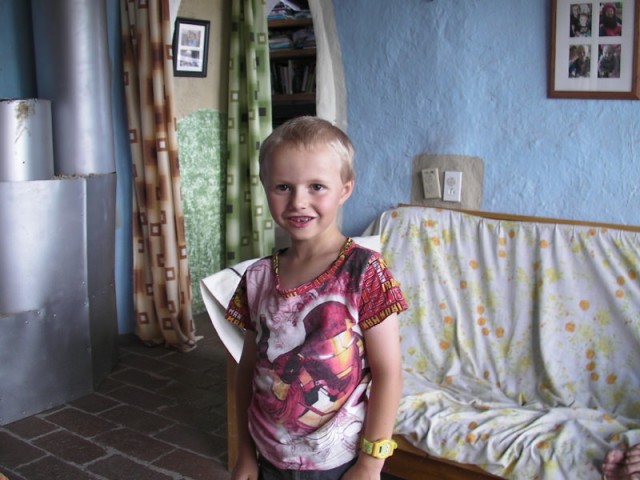 Another important step, and one we’re encouraging as much as possible, is Leo is wanting to earn money 🙂 He wants to buy a bell for his bike, so he’s been asking for jobs to do. He has his regular unpaid chores, but now we’ve started giving him work whenever we have something that he can do. He works diligently, and when he’s finished, he goes and marks the pre-determined price on his account sheet on the fridge.

He is also turning into a Maker. He comes up with all kinds of little gizmos for his toys. He seems to think that there isn’t anything that can’t be fixed or made. “Can we make a helicopter?” “Let’s make a robot that can talk to animals”, etc. The other day Nicky broke his sun-glasses, and after being upset for a little bit he came up with a fix (see photo). We hated to tell him that the modeling clay would melt in the sun 🙁 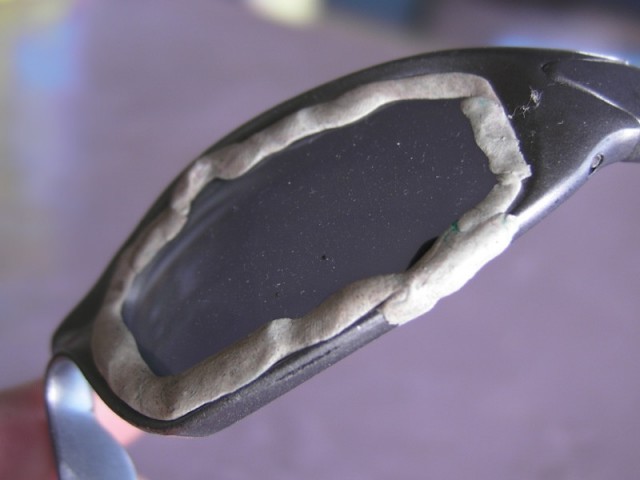 We still have some attitude issues to deal with, like being bossy and wanting to dominate people’s attention, but even those are getting better as he gets more mature. Most of his problems are now limited to his behavior towards his little brother – taking toys away, hitting, pushing, lying when he knows he’s done something wrong, etc. Still, for the most part, Nicky can handle it, and, let’s be honest, does his fair share of the bad brotherly behavior.