A wonderful day for the whole family: we have pigs again. 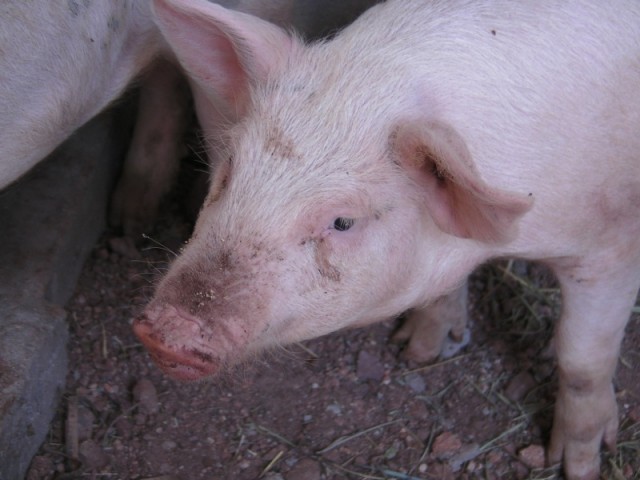 We got everything ready in the pig pen – water, feeder, food, an electric fence in the corral to train them on (before they get let out to pasture), corral gates finished, etc. And then, with everything prepped, we went into the village and bought two piglets from a friend of ours.

For those of you who ever have to bring pigs home without a closed off truck bed or trailer, here’s the key: a feed sack. When they’re small enough, you can pick one up (which will make it scream) and put it in a feed bag that has a hole by its snout for breathing. I know it sounds (and probably looks) terrible, but it works a treat. Being in the bag calms them down and makes for easy transportation, and it’s not far from the village to our home.

Flickr API error: Photoset not found
Even though they’ve lived their whole lives on concrete, they figured out the whole dirt thing pretty damned quick. As well as the fact that the two little blond boys will bring them all kinds of great stuff to eat. After an hour or less, they had also got the hang of being petted and scratched behind the ears. Not such a bad place to live.

It seems like we’ve been without pigs for far too long, and it was a pleasure getting out the pig pot, which will pretty much live on my stove top, as I usually cook any scraps like potato peels for them.

Can’t wait to let them out into the pasture (which will probably be a little while, as we want them to really see the barn as home first), so that they can meet their muddy pond!

Meanwhile, our indoor Piggies, Leo and Nicky, are about as happy as they can be.