Biomass can be used to produce heat, combustible gas (for fridges and ovens), and a fuel for electricity producing generators. 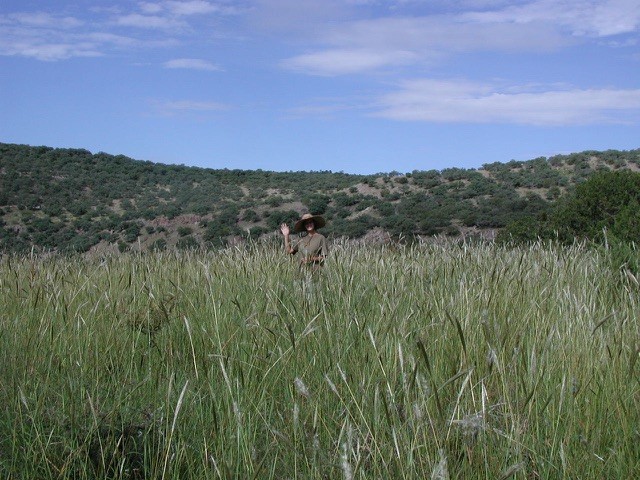 Biomass is basically the byproduct of living organisms, such as biogas or methane, wood or other plant matter, manure and other organic wastes. Its uses are extensive, whether as a heat source, a combustible gas, or as a fuel.

Here are some ways to make use of biomass in your homestead’s energy systems. 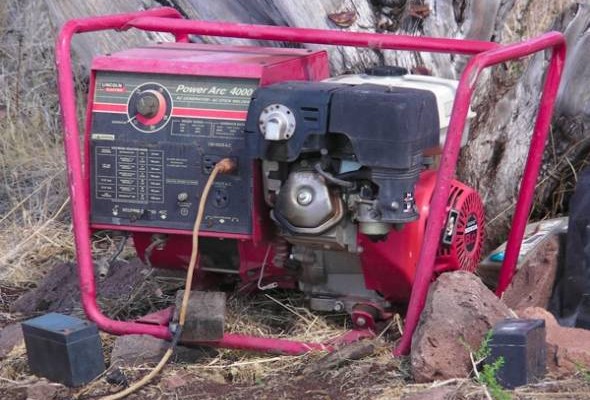 No matter how good your electrical system is, you will inevitably encounter some days when your batteries are low. You can either be conservative on those days or run a generator for a few hours to charge up your battery bank. It’s an on-demand power source.

The beauty of a generator is the variety of fuels you can use, many of which can be produced by biomass. If it is a gasoline engine, you can convert it to use woodgas, ethanol, butanol, or biogas. If it’s a diesel, you can use biodiesel or used motor oil. All of these can be produced at home, especially in the small quantities you would need for a backup.

The downside is that it is noisy. You can go a long way towards countering this by insulating your generator. You will need to have a vent, but that is a fairly simple thing to include.

To increase the efficiency of your generator system, combine it with a space or water heating system. This will make use of the vast amounts of waste heat. 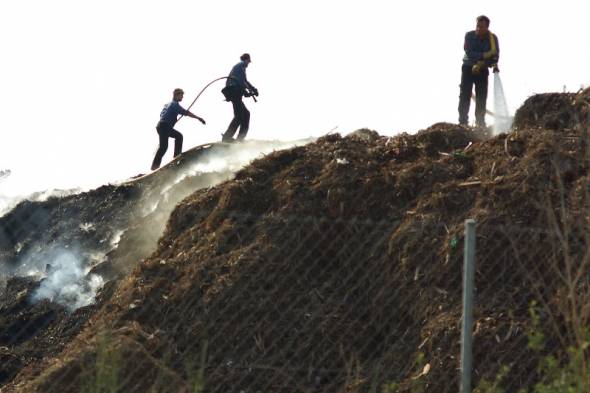 Anything organic will compost, and as it does it produces heat. So, while you are making a rich soil for your garden, you might as well harness the heat too.

Snaking pipes throughout your compost pile and then running liquid or air through those pipes will give you a free way to heat water or a room. Plus, unlike the sun, a compost heater runs 24 hours a day.

We built a compost pile up against the house and insulated it from the outside. As it decomposed, it heated up the wall of our bedrooms. It was fairly labor intensive, unlike solar heating, but it ran day and night for a couple of months.

As an alternative, you don’t need to compost any manure your animals can produce, but burn it as is. Rabbit manure is especially good as a fuel for heat. 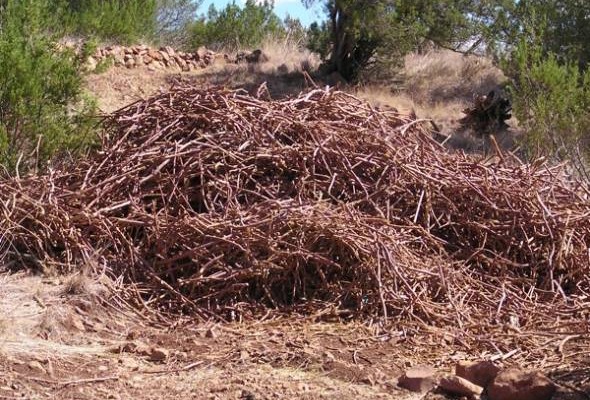 Wood is one of the oldest fuels for heat and cooking. If you have it locally available, it can be an invaluable source of energy for your homestead, even as a source of electricity.

You can burn wood as is in a fireplace or stove. Doing so is both simple and beautiful, but it is also inefficient. You can replace your inefficient stove with a Rocket Mass Heater.

Alternatively, you can convert your wood to wood gas, thereby increasing your efficiency several times, often tripling the heat output compared to the fuel input. This means less fuel to haul and process. Another great thing about gasification is that you can use all sorts of fuel sources from corn cobs to wood chips to paper to plastic and tires! Anything that has oxygen, hydrogen and carbon will work, although some fuels are easier and cleaner.

Wood gas or Producer gas is a very old form of fuel that is easy to produce and use. It consists of partially combusting biomass, and then burning the smoke and gas as a fuel. It sounds stranger than it really is, and can be done on a budget. In fact, most implementations of wood gas are due to budget or fuel supply issues. Production of woods gas involves a gasifier unit, where the incomplete combustion takes place, and then a filtration unit to filter out the tars and ashes from the gasifier, and delivery to either a burner or an engine.

There are many types of gasifiers, depending on the fuel used and the desired effects. Most camping gasification stoves use a top loading downdraft type of design that is basically one tin can inside another. These designs are great for batch loads of fuel, but for a continuous burn, you will want a hopper loaded downdraft type, like an Imbert design or possibly even a cross draft, if you are using it as a furnace.

You can also use woodgas to power an engine. Not only can you use this application for a vehicle, but also to run a generator to supplement your power system. If you are burning woodgas in an engine, you will need to filter it first.

Wood gas should definitely have a place in your fuel supply, especially if you currently use wood or biomass for heat. The leftover byproducts are fine for the compost or garden, and you can enjoy less work for more output, which is always good! 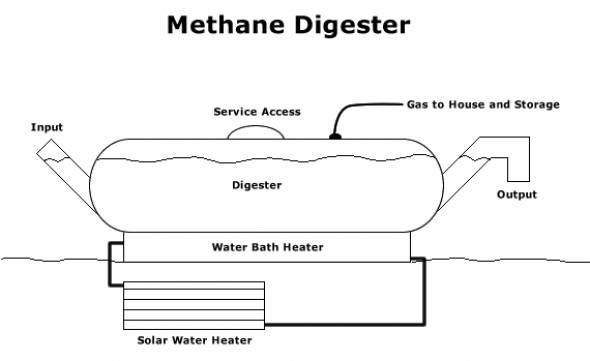 Biogas, or methane, is a naturally occurring gas that is a waste product of a specific type of methane-producing bacteria. The gas can be used for cooking, heating, refrigeration, and even as a fuel for a gas generator.

Methane is a highly flammable, low energy density gas that is extremely easy to produce. In fact, almost every person produces methane on a daily basis without even thinking about it. The keys to efficient methane production, however, require forethought and special attention to the needs of the bacteria.

The methane production process consists of a large tank or digester where the methane is produced, a temperature control, an agitator or stirrer, and a gas storage tank. Most home systems are of the continuous feed type, so you can add to them daily.

Methane can be made from anything, and it is because of this that it is a common product of many farms around the world. Waste from other biofuel processes can be used, as well as manure from humans and animals, food wastes, agriculture residues, and just about anything that was living at one time or another.

Mix the feedstock with some water, keep the oxygen away, and you’ll likely produce biogas without much effort. The amount of biogas will depend on the feedstock and its composition. You are looking for a carbon to nitrogen ratio of about 30:1. That’s 30 browns to each green by weight, which coincidentally is the same perfect ratio for an aerobic compost heap.

The continuous feed system is sized so that the daily input is digested over 30-60 days. The daily gas requirement dictates the amount of input daily. Say you need 1,200 Btu daily for cooking. This would amount to about 2 cubic feet of biogas (600 Btu per cubic ft). So, your daily input needs to be able to produce 2 cubic feet of biogas. This is difficult to calculate, because each feedstock has different rates of production. One pound of cow manure can produce about one cubic foot of gas. However, chicken manure is more potent, and can produce more gas per pound, but must be mixed with carbon content.

So, once you figure out how much input is required a day, then you can size your digester. Daily volume multiplied by 40 is a good figure for digester size. This will give the material 40 days to digest. You will also have output daily in this same volume, so you should design a catch on some dry straw or high carbon content to help absorb odors and excess moisture. You will need to add water to the input daily as well, so if you could reasonably reuse some of the water that is discarded daily, this would increase the efficiency of the system.

Temperature plays a big role in the formation of methane. These bacteria thrive in the bodies of animals, so they have evolved to survive in warm, moist, zero oxygen environments. The most efficient temperatures are from 90-110 degrees F (32-43 C). So, to obtain the most bang for your dung, you will need a heating system, or at the very least, a way to keep the temperature constant.

This is best done with good tank insulation and a solar water heater. As a backup, you could burn some of the methane to keep the tank warm.

As the gas is produced, it needs to go somewhere. It is fairly simple to make a water float gas tank. Methane can be stored in large, low pressure containers, which are safe and easy to construct. But, in the interest of space and energy density, it can also be compressed. But care must be taken to avoid putting oxygen with the compressed methane, because that can go BOOM. Compressed methane can be used in vehicles, (Compressed Natural Gas or CNG), or can be used like natural gas or propane in stoves or other gas appliances. Stationary applications, like stoves, are where it has the highest value for a homestead, and by creating a simple, low-pressure pipeline (PVC or black poly), you can take the biogas directly from tank to appliance with little effort. Of course, you will want some safety features like flashback arrestors, pressure gauges, valves, and the like, but any natural gas fixture can be used, and they are readily available.

What is the output, you might ask. Well, actually it is compost, and quite good fertilizer at that. The methane is not a direct output, but rather a byproduct of the bacteria.

Basically, you put the organic matter in, bacteria digest it, giving off gas and leaving behind a composted slurry. You can put that slurry onto a compost pile, helping it compost a lot faster. And then it goes to the garden.

You can add meters and additional components as you get used to the system. The system will take some time to get a decent population of bacteria started in the tank, and this can be helped along by adding cow and/or human manure at the beginning, as both contain the bacteria needed.

This system can be sized to fit any need, but is most efficient for cooking and/or heating water. It could be used for electricity generation through a gas generator, but you would need to produce about 18 cubic feet per horsepower per hour. 225 cubic feet of biogas is equivalent to a gallon of gasoline and about 7Kw of electricity. If you have a bunch of animals, this might be a good form of constant electrical production.

Because of its ease of use and production, methane is one of the most valuable biofuels you can produce at home. And because it is a greenhouse gas that is 21 times more damaging than CO2, every house and homestead on the planet should be capturing and using this free resource.