The traditional oven and stovetop are very convenient, but here are a couple of alternatives that you can do outside. 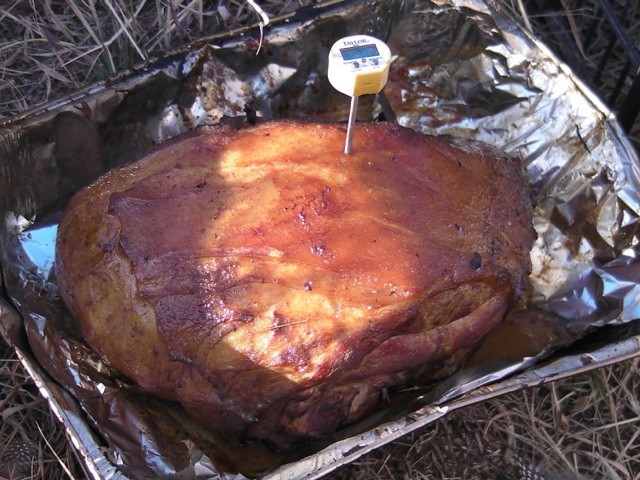 Cooking needn’t be limited to the kitchen. There are many ways to cook delicious food outside that will save you energy and be fun for the whole family. 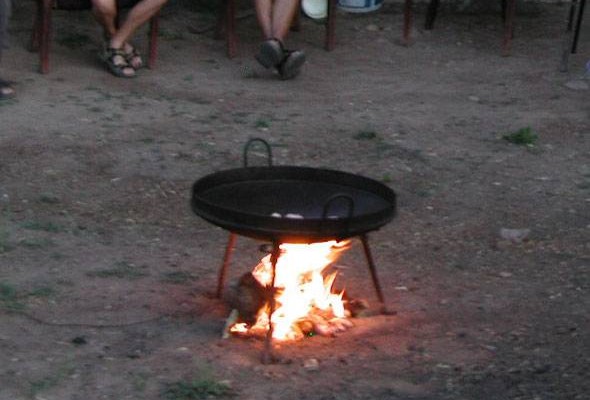 When the weather’s nice and you’re not sure what to do for dinner, disco is the perfect answer. The family hangs out outside, while the disco cooks your food. It’s a variation on a BBQ.

A Disco is basically a metal disc with three legs. How do you cook with it? Very simple. Make a fire under the disc, pour a puddle of cooking oil in the disc, and throw the food in the oil! The best way to do this is to let the oil heat up and then cook things separately. Cook a bunch of onions first, pull them out as they start to brown, then throw in some garlic. As the garlic cooks, eat the onions. When the garlic is ready, throw in some chickens wings and so on. This is a great way to cook for a lot of people because the food cooks fairly fast and it is natural buffet finger food. No need for plates. Good foods to cook are onions, garlic, potatoes, any meat, (but chicken, rabbit and pork are the best), and anything else you like fried. No need to batter anything, but it won’t hurt either. Disco is easily done on the fly as a way to cook for unexpected guests or a shoot from the hip backyard party! 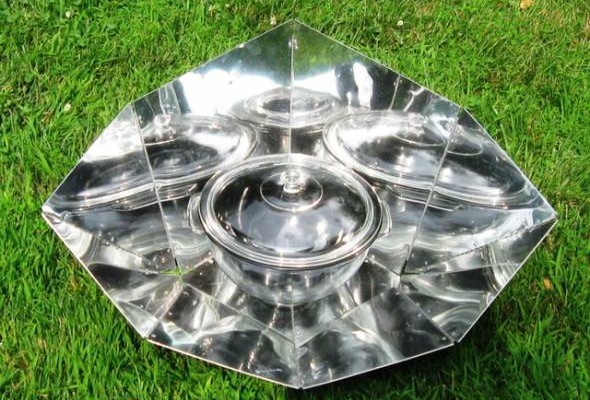 One of the easiest ways to use solar energy is to convert it into thermal energy or heat. Heat can be used for several things, including generating electricity, refrigeration, mechanical power and cooking. To cook with solar heat, you need specific system components including a reflector, absorber and heat trap.

Every day, the earth is bombarded with enough solar energy to power the planet for centuries. This amount of energy, of which we use an insignificant amount, is almost unimaginable. We could be taking greater advantage of an almost limitless energy supply!

Solar cookers are extremely environmentally friendly, as they produce Zero green-house emissions during operation, reduce deforestation and desertification, reduce your house cooling requirement, and are normally made from discarded materials. Their operation is simple: put the food in and forget about it. Most cookers can be made in a few hours and require very little maintenance.

There are three main types of solar cookers: box, parabolic and panel. Their main difference is how they use the components to convert the solar energy (light) into thermal energy (heat).

These are basically insulated boxes with a transparent top. They use small reflectors to direct light into a large heat trap (box) that is closed and insulated. Within the heat trap, there is a metal plate that is colored black to absorb the heat. This heat is then used to cook the food.

Their advantages are that they are moderately cheap and simple to construct. They can also be built to last. However, because of the large size of the heat trap and small size of the reflectors, they rarely exceed 250 degrees F and they are fairly bulky.

The best application for a box cooker would be for cooking food slowly at low temperatures or for pasteurizing water, especially when you want the cooker to be left outside.

Parabolic cookers have a large reflector surface that focuses light to a small heat absorber. Because they use such a large and precise reflector, they do not need a heat trap, and the food container itself usually serves as this component. They are very efficient at converting the light into heat. However, because of this efficiency and precision, they must track the sun fairly closely, which increases the difficulty and cost of such a system. They can reach temperatures of over 500 degrees F, and can easily burn food, so they must be tended to fairly closely. Parabolic cookers are excellent for electrical and steam production, as well as fast cooking of food.

The advantages are high temperatures and fast cooking times, but the disadvantages are that they need tracking mechanisms for efficient operation, are bulky, and difficult to construct.

These are somewhat of a hybrid design. They use large reflector surfaces and medium sized absorbers and heat traps. The reflectors are not precisely directed, so they don’t require complicated tracking mechanisms. Because the heat trap and absorber areas are small, they are easy to make and can achieve higher temperatures than box designs. Panel cookers are the most widely used type of solar cooker mainly because of their cheap and easy construction. Many designs use cardboard and aluminum foil as the reflector, an oven bag as the heat trap, and a black metal pot as the absorber and food container. They are available in a wide variety of configurations, but we will focus on the simple, but effective “funnel-style” Panel Cooker.

This design is based on Kathy Dahl-Bredine’s design, made simply from a windshield sunscreen and some Velcro tabs. The design is very versatile, but is somewhat fragile in winds. It is also fairly small, but can cook 2 meals for 2 people in 6 hours. It could also easily pasteurize a gallon of water a day.

To increase the capacity of the cooker design, you will need a larger reflector. We recommend using cardboard pieces and aluminum foil to start with and later, you can build a model using plastic cardboard, sheet metal or any other durable material. You want a rectangle that is twice as long as it is wide. A good size would be 2 pieces of cardboard 3ft by 3ft joined to make a large piece, 6 ft by 3 ft.

In the center of one of the long sides, draw a half-circle arc. This arc should have a radius equal to the diameter of your food container. Cut out the arc, and then join the cardboard at either side of this arc. You may have to fold the cardboard slightly to make the sides meet, but you should end up with a funnel, with a round hole at the bottom. Lay the cardboard out again and cover it with foil. Use velcro or another fastening method to connect the sides.

Place your food container in the oven bag and in the center of the funnel. You can now leave the food to cook, and adjust the angle of the cooker every hour or two. 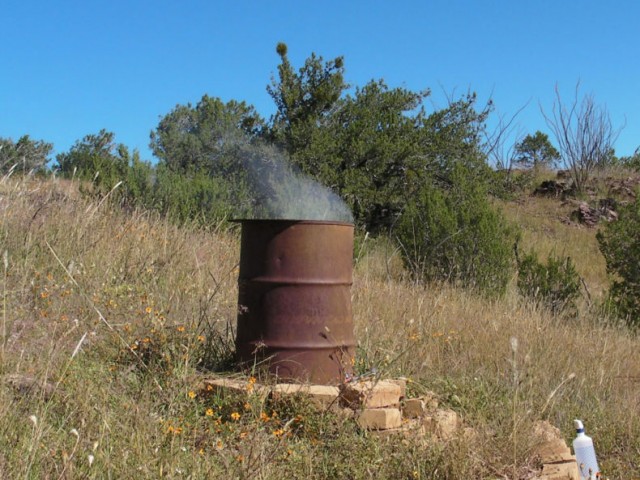 Smoking your food, especially meat, is one of life’s little luxuries. It can take a long time, although not much of that is spent working, more just checking on things.

There’s nothing quite like fresh smoked meat. It is cooked so slowly that the flavor permeates the whole chunk, while keeping it succulent and tender.

If you want to know more about this method of cooking, check out our smoker instructions.