We have had some guineas and quail born ,and it seems like our whole property is chirping. 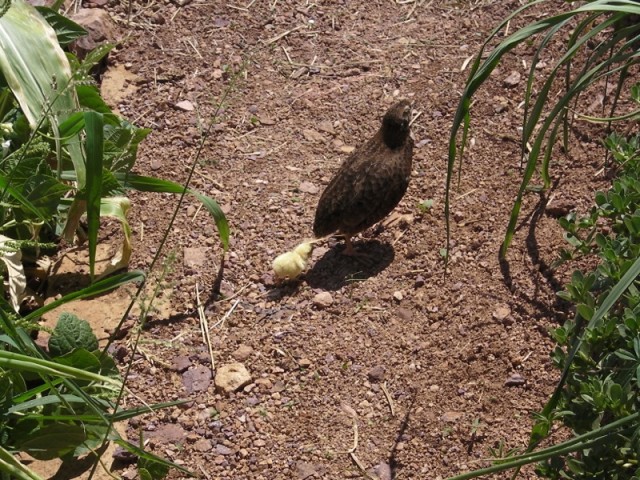 With wild baby birds in almost every tree and bush, it was hard to tell that the latest chirp came from our own birds. In fact it was Leo that first saw the baby quail. He noticed one of the females off her nest and acting peculiar (he checks on all the nests several times a day). When he went up to her, he saw two little yellow specks following her around. They are adorable. 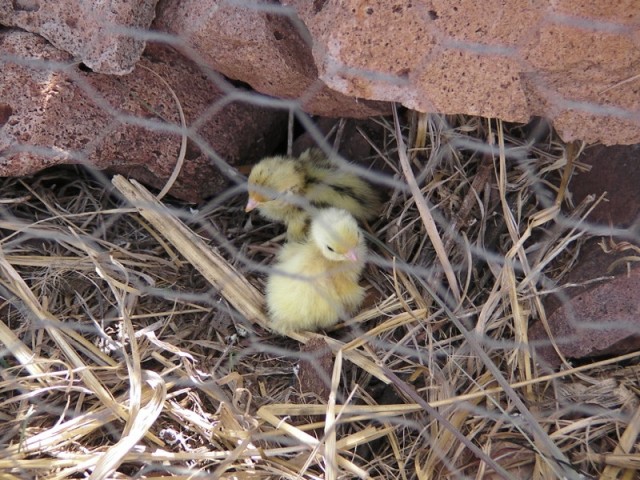 Apparently, it’s a big deal that our quail are hatching babies. It seems that the broodiness has been almost completely bred out of quail, and just about every domestic quail out there is hatched in an incubator. So, the fact that three of our females have nests, one of which has already had a couple of the eggs hatch, seems to be a major breakthrough. They never showed signs of this when we had them in a cage, but as soon as we put them in the garden, with lots of space and cover, they all went broody. Awesome.
Flickr API error: Photoset not found

As for the guineas, we had eggs under two ducks and now a guinea is also setting. One of the ducks was due and when Abe checked on her, there was a dead baby guinea in the nest. We’re not sure if she stepped on him by mistake or whether she saw that it wasn’t a duck and intentionally kicked out the cuckoo. Whatever happened, we removed all the eggs and set them up in a home-made incubator in the power house. We put bottles of hot water inside an ice-chest with a tray of eggs in the center. We then added a little 12 volt heater and a thermostat. We had three hatch, but no more followed. So we candled the rest, and none of them had anything in them (we were taking them out of a guinea nest we’d found while it was super hot, so maybe they cooked a little too much before we got them). Still, we are very happy with our three babies, who are all doing great. There are more due on Saturday.