The quail and worm pen, located under the rabbit area, is now complete. 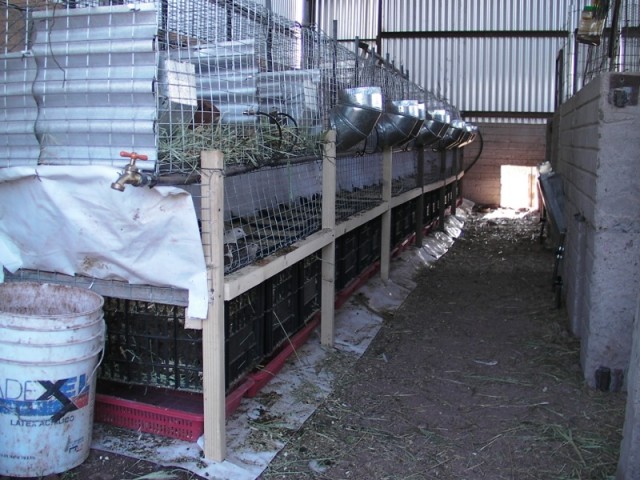 The north half of the barn is a perfect little example of our Food Web concept. It is a fully integrated food system that caters to the preferences of the animals involved as well as keeping everything super easy for us.

We have twelve 2 ft x 2ft rabbit cages, each with its own equal sized underground burrow area. These cages have doors in between them, so that we can open up a few of them and allow three or four rabbits access to each other’s cages and thus live together. Weaned rabbits will have their own cages and run area, which we haven’t made yet. 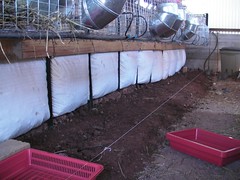 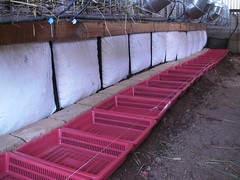 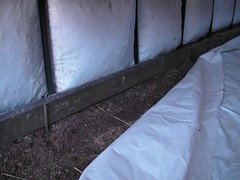 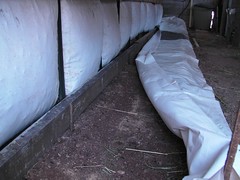 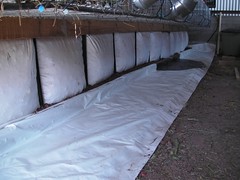 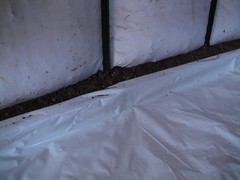 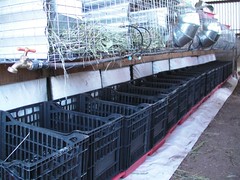 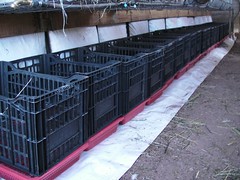 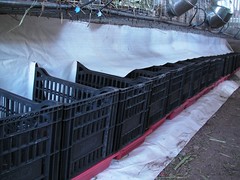 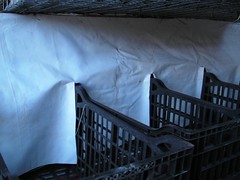 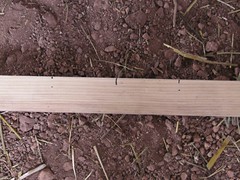 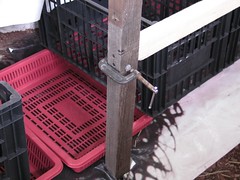 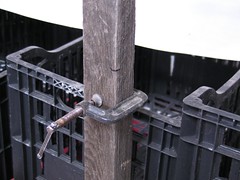 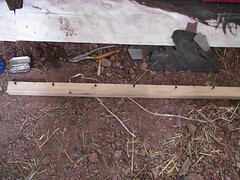 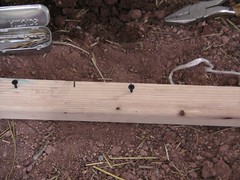 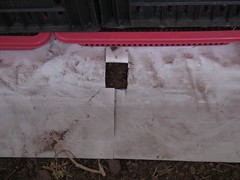 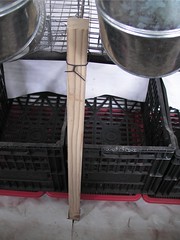 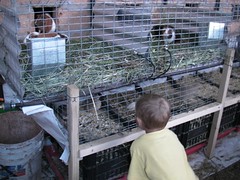 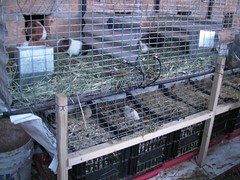 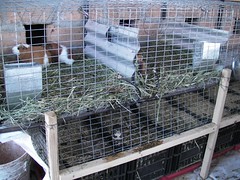 Under the rabbit cages (two of which are occupied by guinea pigs at the moment), there is the quail and worm area. This consists of 22 boxes, 12″ deep. These boxes rest on boards at the back and hang on a board at the front, so that the red trays underneath can be easily removed and emptied. The boxes are filled with manure, bedding and earth worms. The vermiculture falls through the bottom into the red trays.

This is where the quail live. They can pick through any rabbit feed and poop (basically digested grass) that falls through, eat any maggots that flies may produce and even snag a worm or two. They enjoy scratching around and burying themselves in the dirt and bedding. 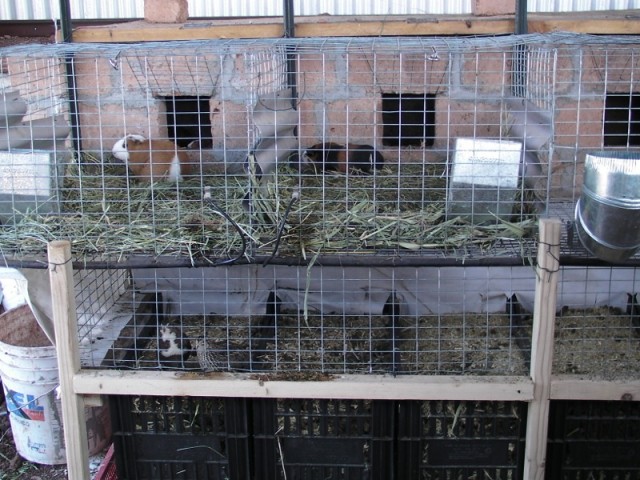 The worms, besides turning manure into excellent fertilizer for the garden, are also a great food for the rest of the poultry. They reproduce fast, so we will be able to give a third of their population to the birds each month without diminishing their numbers.

Overall, it is a very neat and effective system, and would work great for any urbanites wishing to produce their own meat and eggs. Rabbits (or guinea pigs), quail and worms – all quiet animals that don’t require much space, don’t smell bad and are very efficient.