We just got back from a vacation in Florida, catching up with my family. 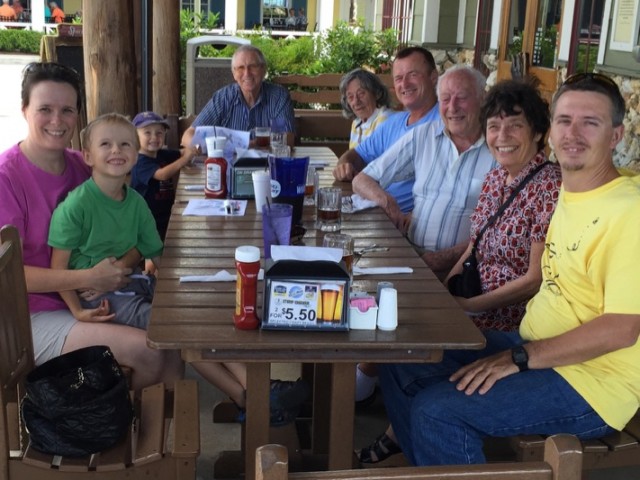 Once every two years, my family comes from all over (including England and Portugal) to Florida, where my mom and sister live. It’s kind of the most central place, making it a little less expensive for everyone.

[flickr_set id=”72157649076781252″] This year, with the boys a little bigger, we decided to do a couple of vacationy-type things. First, we went to Sea World, which was a huge hit, especially given that Leo’s favorite animals are whales and Nicky’s sharks (not animals that you get to see many times in the wild). They loved all the different creatures, most of which they knew – one of their favorite games is Go Fish, which has led to a lot of image searching on the Internet! They also got to go on their first ever rollercoaster, which both adored. Jan (my mom) took Leo to sit in the front row for the Shamu show, so they had a wonderful view of the whales, and got completely soaked. It was a great day for everyone, and one that left us all exhausted. 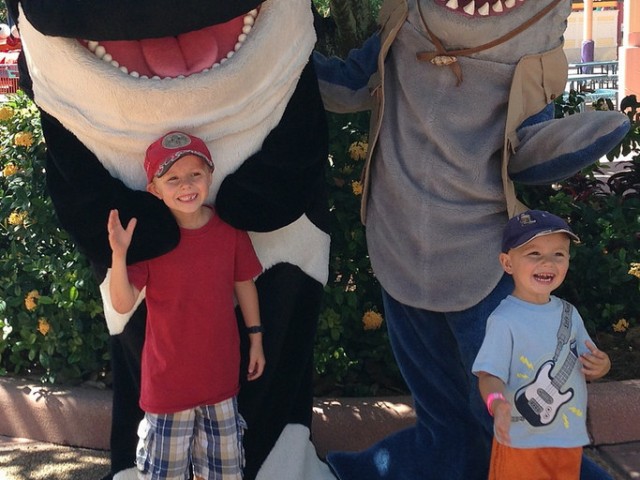 We then had a break, just hanging out at the house. On the Sunday, it was my sister’s birthday. Seeing as we hardly ever get to spend anyone’s birthday together, we decided to turn the event into a birthday for everyone. We did cake, a huge fried turkey with all the trimmings, gifts, etc. It was fun.

The next outing was to the beach. We went to a place with white sands, gentle waves, shallow water, shells everywhere – in other words, the perfect place for small kids. We stayed overnight and the first day was fantastic. We got to swim, build sand castles, hunt for shells. We even saw a small pod of dolphins a couple of hundred feet away. And then, during the night, both kids got sick, super sick. It was a horrible flu that lasted several days and spread throughout the family. Leo was the sickest I’ve ever seen him, staying in bed for two days with a temperature of up to 103. 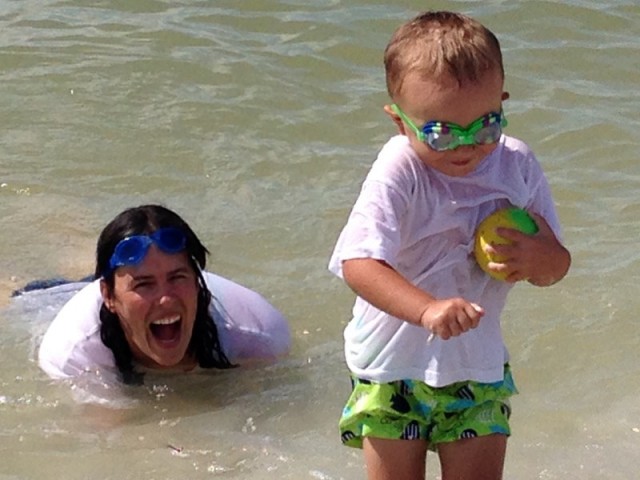 Though spread out over several countries and states, my family is very close. We really enjoy each others’ company and it was a huge shame that our last few days were spent sick. Still, we made the most of it, with lots of card playing and tea-drinking.

It seemed like Nicky, Leo and Abe were getting better (I never got it), but then the flight west set them back again. We spent several days with Abe’s mom before heading home, and there they finally got over it. For Leo, the number one medicine were the eight puppies, one of which we will be taking home when they are old enough to wean. He spent as much time as he could cuddling them, especially the little girl that he has picked to keep.