Today we cleaned out the worm filter under the kitchen sink. 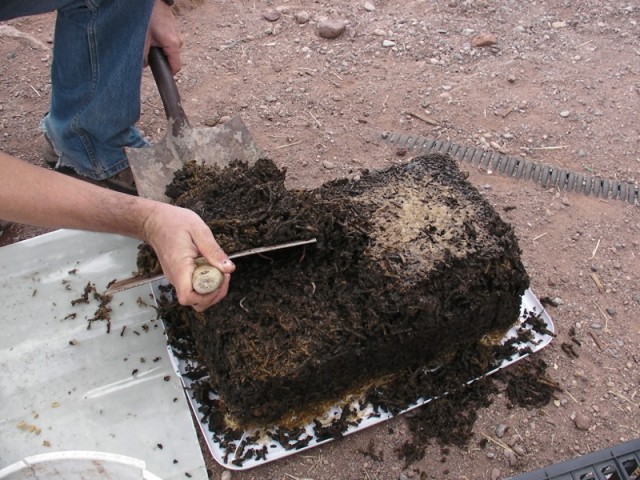 Our grey water feeds a garden area inside the house. In September, we changed from screened filters to a bio-filter. We checked and lightly cleaned it once in October, but found it wasn’t really necessary, as the bedding was still very clean. Now, four and a half months after we first made the system, we took it all apart to see how it’s doing. Here are our findings.
[flickr_set id=”72157632671028641″]

First of all, it’s worth noting that we have been very impressed with the way it’s been working. After a week or so of a thrown together worm filter, we made one to fit the space properly (see the Flickr set above). It doesn’t smell, we haven’t had to do any work to it (no cleaning of screens every few days, etc.), everything drains well, and so on. We only really took it apart because it’s a new system and needs to be checked on. And we both agree that it was due for clean bedding. 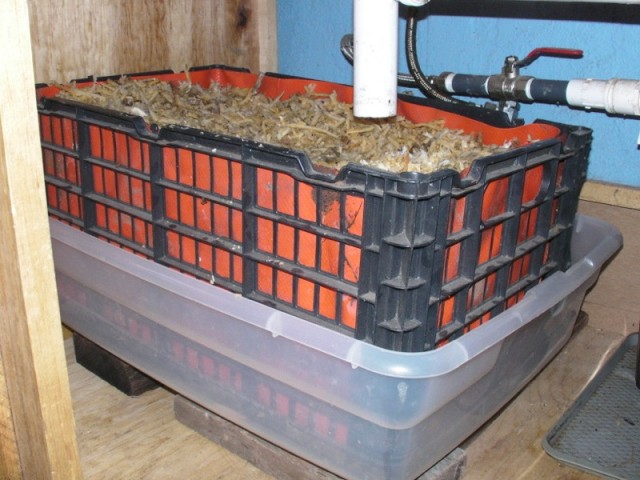 There are in fact two boxes of worms and wood shavings. One is directly under the sink, the other is where that one’s drain goes into the flower bed (in the gravel layer under the dirt). Both had very healthy populations of worms and a fair amount of vermicompost.

We tipped each box upside down and discarded (put into our generic worm box) the bottom layer, which was spent. We had to take out a few worms by hand. We stopped when we reached a layer with lots of eggs and baby worms. We then put that back into the boxes with fresh bedding to make up for the half that had been removed.

We also uncovered the 4″ drainage hose that runs the length of the garden, and found that is was entirely free of gunk. So, all in all, the experiment has been a success. We will be keeping it as it is, as everything works great, and clean it out every four months or so.