For Leo's 6th birthday, we decided to throw him a treasure hunt party. 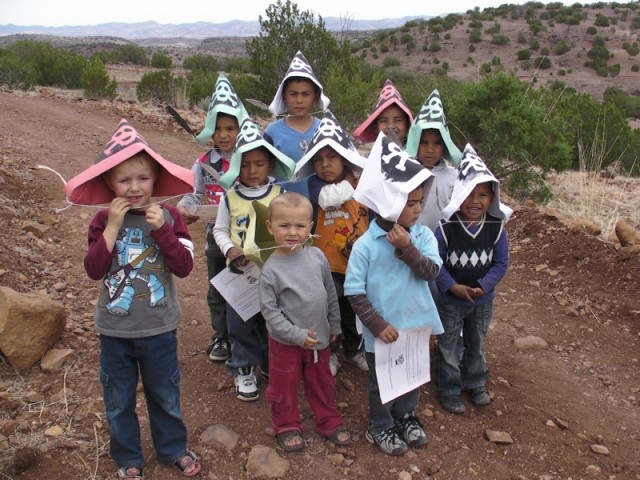 Leo starts primary school next year, and the size of his class will be increasing. So this was the last chance to throw a party of this kind without it costing an arm and a leg, as there are only 8 kids in the village’s preschool/kindergarten (plus Nicky and one elder brother made an even 10).

Abe had prepared hot dogs on the grill, which were devoured in record speed, so that the treasure hunt could begin. 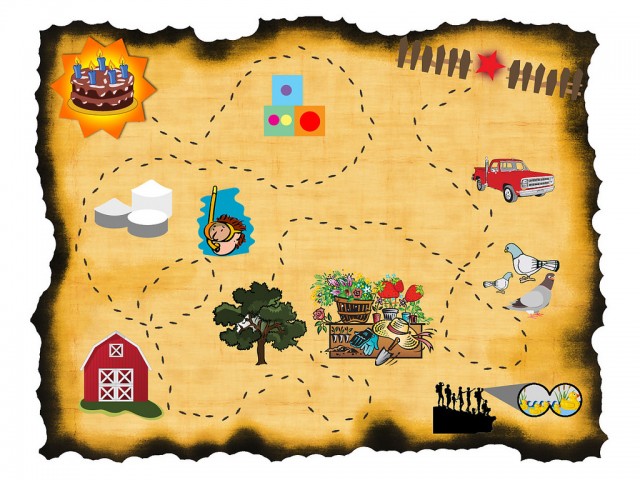 We’d made a treasure map, and their first clue was waiting for them at the gate, along with pirate hats that turned into bags to hold the rest of the treasures.

There were 10 clues and 10 treasures (for each kid) in all. The clues were things like photo and Lego puzzles, number and letter games, a pinata, etc. Each clue was in an envelope addressed to one specific kid. They had to complete some kind of puzzle to know where to go next. The last clue took them inside to the birthday cakes. 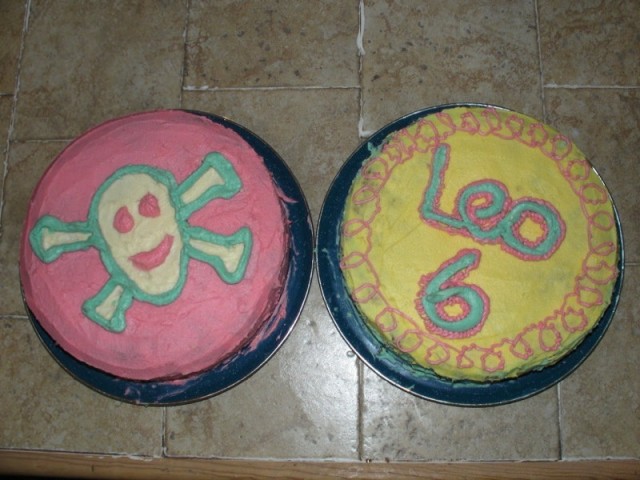 It all went really smoothly. I’ve been preparing this for a long time, making clues or treasures in spare moments over the past two months! It was definitely all worth it, as the kids all seemed to have a great time and there was no fighting, falling or crying (a miracle).

Although I took lots of photos while making stuff ahead of time, I got very few of the event itself, which is a shame. Oh well.