We have now had our first taste of Muscovy duck, and it was fantastic. 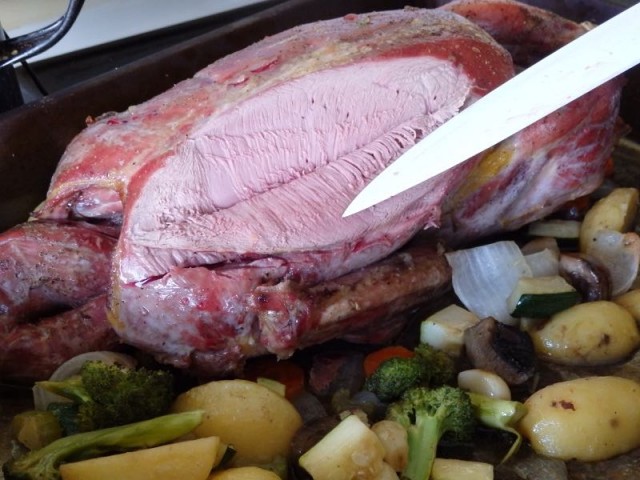 The other day, Abe butchered one of the young Muscovy drakes.

He made himself a poultry kill-cone, to make the nasty part as quick and easy as possible (for both the animals’s and his sakes). It worked really well, and definitely minimized any trauma. He then skinned it, which he said was pretty tricky. Next time, we’ll try plucking it, to be able to compare the two methods.

For our first recipe attempt, we decided to do a traditional roast. We wanted to keep it fairly simple, so that we could really taste the meat and decide what would go well with it. It was very akin to roast beef in both flavor and texture. Leo ate about four helpings!

So far we are extremely impressed with the meat. We have a long learning curve ahead of us, on both the butchering and cooking front, but our experiments promise to be very enjoyable. We have plans for smoking, disco, fruit glazes (especially with prickly pear syrup), and many more. 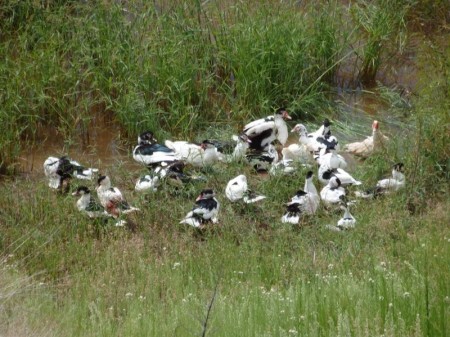 The one thing we noticed about our drake that differed from our expectations is that he didn’t have much fat. Muscovies are supposed to have a layer of fat, similar to pork. However, our ducks love to fly, and they also walk back and forth to the pond at the bottom of the property. Maybe the added exercise has affected the meat, as they certainly eat plenty of food, of all kinds (from grain to weeds to viscera), and usually have some left over.