The kids dressed up for their spring party. 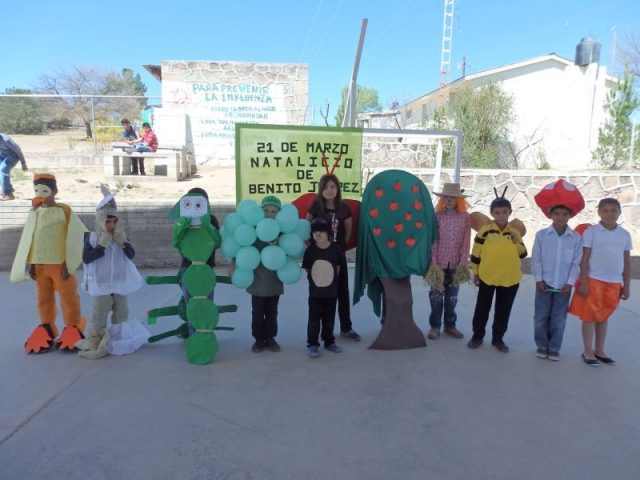 On the 21st, there was a party at school. Moms brought different food and drinks, and the kids dressed up in costumes.Nicky wanted to be a bear, and Leo went as grapes. The latter regretted his choice, as it was a lot harder to play when covered in 40 balloons, something that had sounded so much fun to him in theory. Still, we took it apart after a little while and he handed out the balloons to everyone. 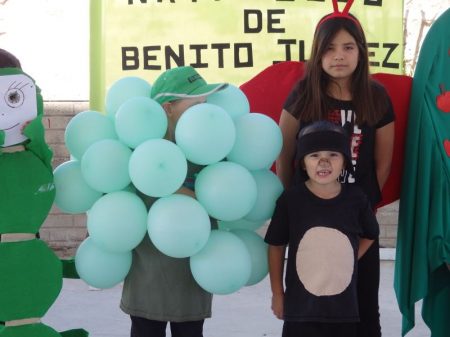 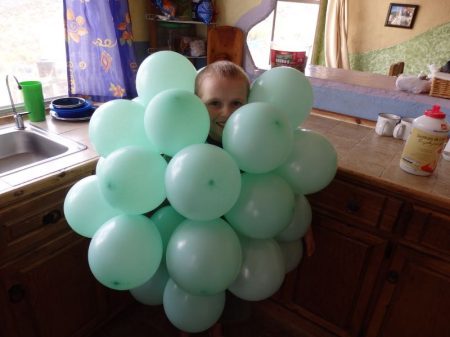 One of the most surprising events of the party came from Nicky. Our local kindergarten has now reopened (there wasn’t a teacher for the first few months due to an accident), and the kids came to the party. Nicky played mostly with them, and he had a blast. He later declared that he wanted to return to kindergarten. I was a little hesitant at first, because there aren’t any other kids his age (they are now going to school in the nearby town), and because he is easily keeping up with first grade work and so might be bored. However, as the days passed, he didn’t change his mind. He said, “I’ve never been the big kid before”, and that actually makes a lot of sense. He’s the youngest brother and is by far the littlest/youngest in school (being only 5), so I can see it might be enjoyable for him to be the big kid.

I talked to the kindergarten teacher and to his current one, and we’re going to try it out for a couple of weeks. If he likes it, fine, if not he can always go back to Leo’s school.

Sucks for me – I was enjoying having them both attend the same school, as it meant only one set of meetings/fundraisers/cleaning, etc. Oh well.