Rainy days lets you catch up with a lot of the season's canning needs. 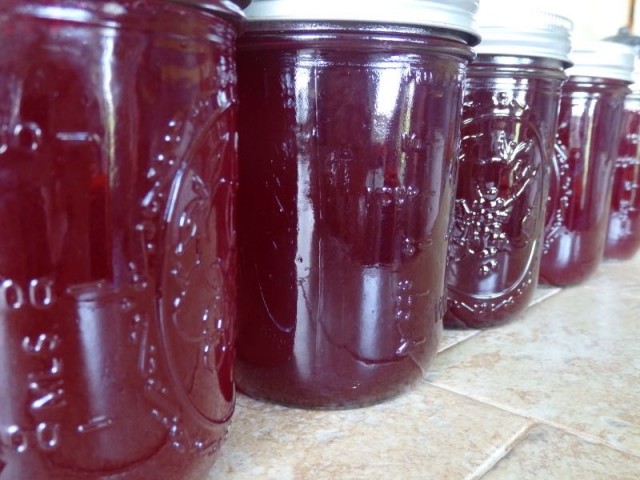 While we were rained in, we decided to make the most of the time by doing some canning.

Before it started raining non-stop, we went prickly pear picking. Unfortunately, we left it a little late in the season, and a lot of the fruit had already fallen and been eaten. Still, we managed to gather a full crate, not to mention several crates of pads, which we are planting along the perimeter fence of the property.

We used our new steam juicer to extract juice from the fruit. It was awesome. We didn’t have to cut the fruit or strain out the pulp. We just added the whole fruit to the top of the juicer, put it on to steam, and the juice came out of the hose!

We then used the juice to make jelly, which we canned. It was a process that took over the whole kitchen, but has given us well more than a year’s supply of delicious jelly. We ended up with 28 jars. Most were pint size, although 10 were slightly smaller, so it was a little under 3.5 gallons!

If you want to know more about prickly pears, including our jelly recipe, click here. 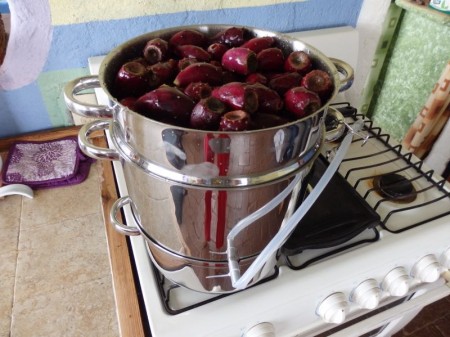 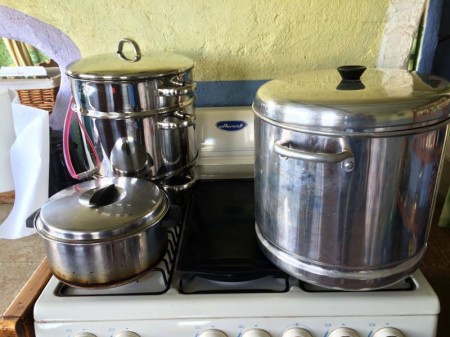 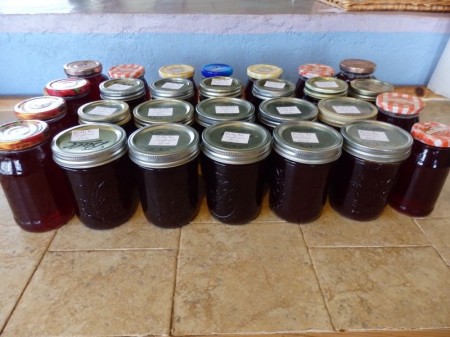 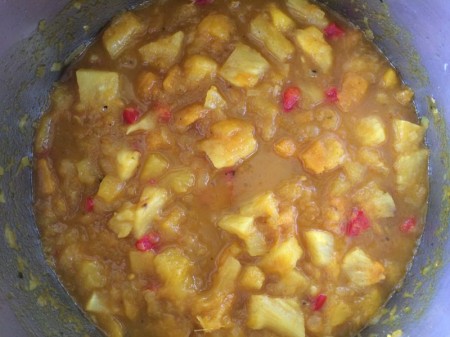 We also turned a crate of apples into apple sauce, which we put in the freezer for winter pies, and we made several jars of spicy mango and pineapple chutney.

All of this, coupled with the honey we robbed the other day, has left us feeling decidedly happy!