We now have a little tadpole farm in the house. 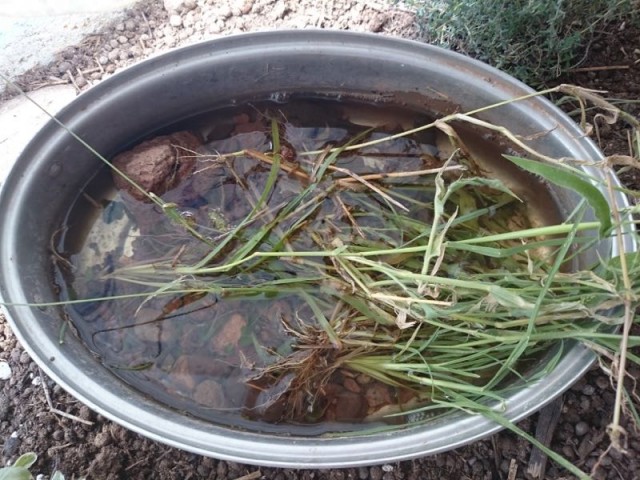 On our way down to school, we play various games, like I-spy and alphabet games and such. The latest has been a “Who am I?” animal game. You think of an animal, and then the others have to guess what you are by asking questions like “Are you a mammal?”, “Do you live in Africa?”, etc. Nicky is especially enthralled with this game and wants to play it ALL THE TIME.

Anyway, one of the things that came up that they didn’t know about previously was the group Amphibians. We explained the whole metamorphoses between water and land creature, talking about frogs as the example. That was all it took, they decided they had to have some tadpoles. They bugged us continually to go look for some, and so, one day after school, we stopped by the river to hunt for tadpoles.

We caught several, one of which even had legs already. We then set up a little habitat for them at home, with gravel, plants, food and clean water. The kids feed them every day and get to watch any changes. Once they get big enough we will then release them down by the pond.