After 13 years of washing clothes by hand, we now have a washing machine. 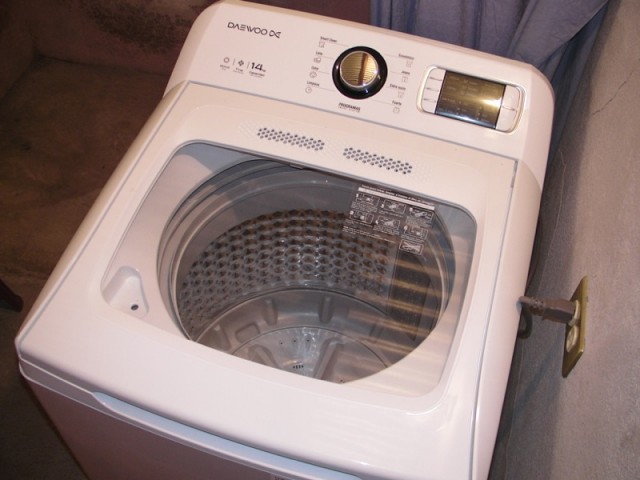 We had planned to get a washing machine when we built the west wing of our house, which will include not only our bedroom and office, but also a laundry room. But we won’t get to that project for another couple of years, and so I hadn’t started to think of it. Hand washing is not something I mind doing at all, although it is more time consuming.


The other day, we were in the city and Abe saw a nice machine. He made the comment that with the town house, we now have a place where we could put a machine, without having to wait for a room to be built. We talked about it for a while and decided it was a great idea. So we are now the proud owners of a new washing machine, leaving the old one to get on with some of the other millions of jobs!!

I used it for the first time the other day, and it felt wonderful and decadent. The kids were super excited and spent most of the cycle watching it spin.