We've been taking cuttings of various plants, and they're now starting to form roots. 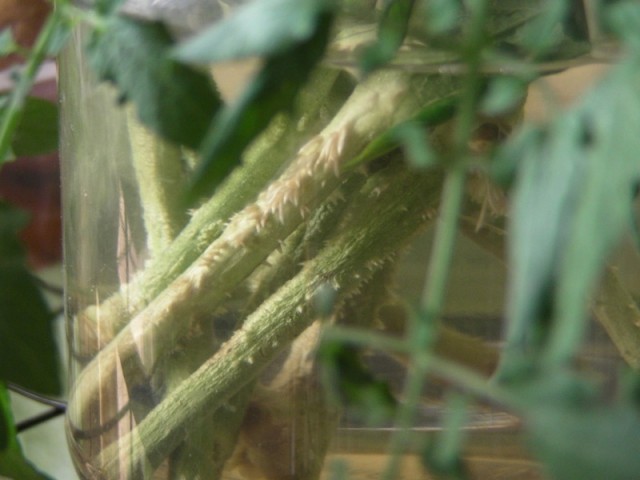 Two weeks ago, we took a bunch of cuttings off the inside tomato and rosemary. We cut off young branches, removed a few sets of leaves, so that there were some bare nodes, and then stuck them in some water. They have now formed hairy little roots all over.

Flickr API error: Photoset not found
The tomatoes definitely have larger roots than the rosemary, but both are doing well, as is the mint. But even better are the sweet potatoes we cut in half and stuck in water a month ago. They have formed a bunch of slips, each of which has roots. They will be ready to plant out soon.

Almost the whole garden has now been transformed into wicking beds, and we plan to do a bunch of planting over the next few weeks.