We have some trees coming up from seeds. 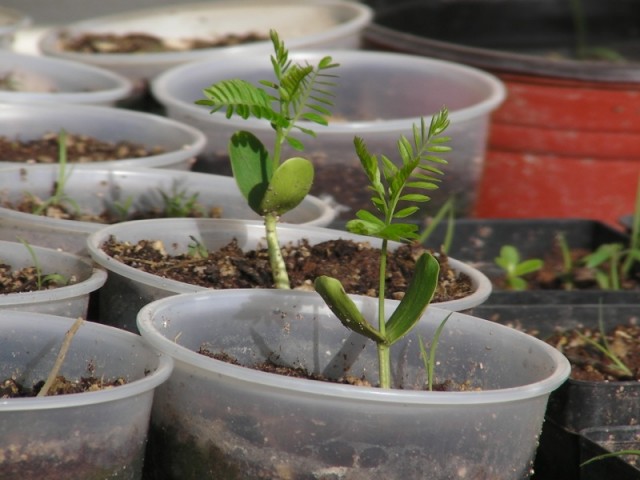 In preparation for future orchard terraces, we have been starting some trees from seed. There are various techniques to help that process along, like nicking the seed cover or putting them in almost boiling water or acid for a while to break the seed cover. We’ve also been taking cuttings from some trees and starting them that way. All in all, we have been experiencing a pretty good amount of success and had a mini orchard growing. 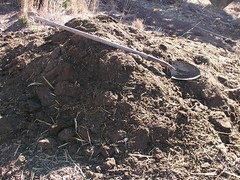 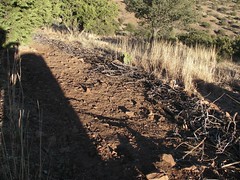 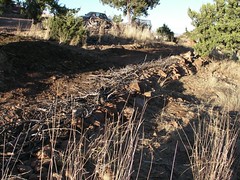 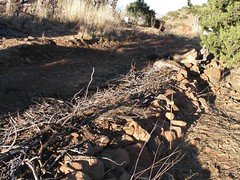 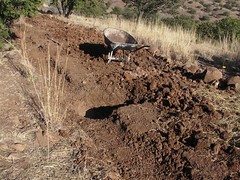 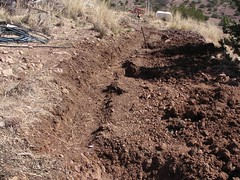 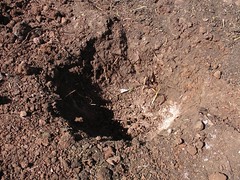 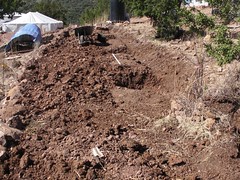 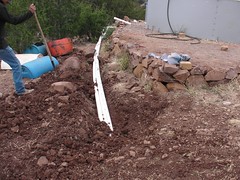 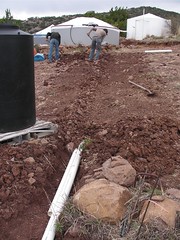 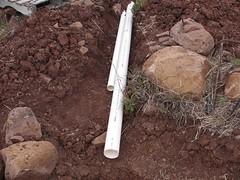 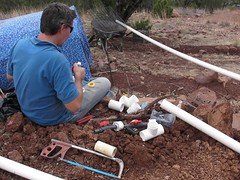 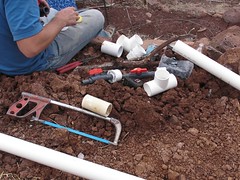 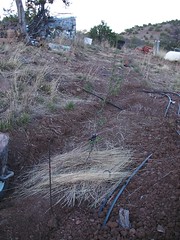 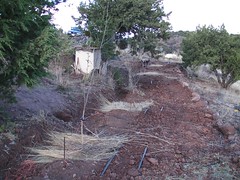 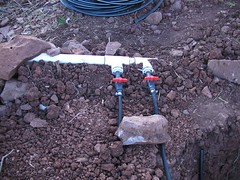 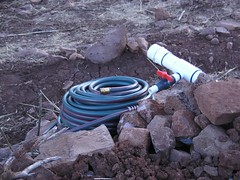 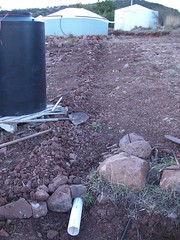 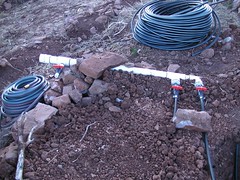 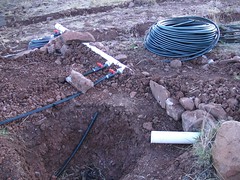 Unfortunately, we had a minor tragedy occur. We had the nursery set up on a greenhouse shelf unit that we won in an Instructables contest. The shelf is great and has served us well for trees, vegetables, etc. A couple of weeks ago, however, we had a strong wind come up from a very unusual direction (the shelf is protected from all our usual winds) and blew the whole thing down. We lost everything and nearly broke Abe’s heart.

But, we started over and now have several Honey Locusts and Mimosas (both nitrogen fixers, which are so important to have in an orchard) coming up. We also have lots of cuttings started again in some Willow tea (for the rooting hormone).

On a similar subject, we have set up an irrigation system for around the barn and corral. We want to grow trees that will provide shade and food for the animals. So far, we have a couple of mulberries and mesquite planted, along with a Honeysuckle vine. We have had to put protection around the ones that are small, as the chickens and guineas are already after them!