We have baby pigeons, but they're growing up fast. 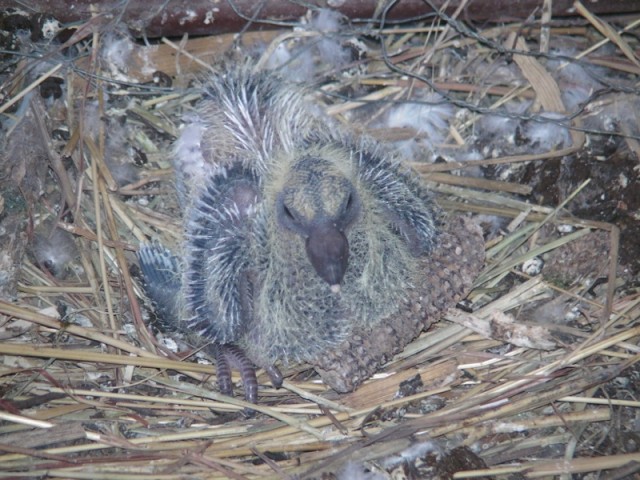 Our first baby pigeon was born on the first of March, shortly followed by three or four more. They are ugly little things at first!

[flickr_set id=”72157640154148585″] I took a couple of pictures, which didn’t come out very well at all. The light inside a nest makes a flash necessary, and the photos were pretty bad. Of course, I could go and try again, but now, three weeks later, they look like any other pigeon, with only a hump on their beak to show they’re immature.

These little guys are the ones we will be keeping. As they get bigger, we will start releasing them. We’ll build them a new home and train them to it. We may even start “taking them down the road”, part of the “homing” training.