We caught our first swarm of bees from our own property this week. 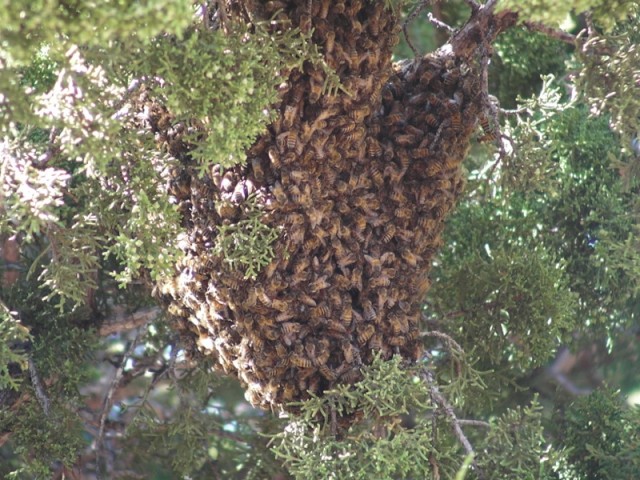 Of all the things we have tried on our homestead, bees has been the most disappointing and upsetting. We have had several hives here, some bought from a bee-keeper in the city and others harvested from local swarms. All of them have eventually absconded (left), despite seeming to be healthy and growing hives.

Despite our sad track record, we do keep trying when the opportunity presents itself.

On Tuesday, while hanging out inside keeping the lard stirred, we heard a loud hum, right outside the window. There was an enormous cloud of bees around the tree directly in front of the living room window. They then settled into a pretty big ball from one of the higher limbs. 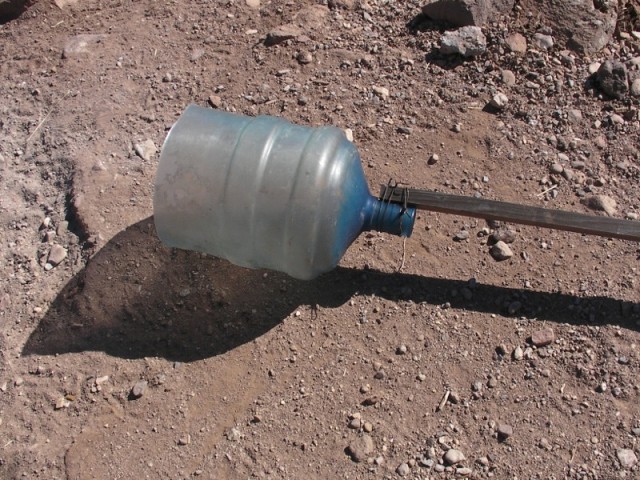 Abe quickly made a catching contraption. He cut the bottom off an old 5 gallon bottle and tied the neck of said bottle to a long stick. He then laid a white sheet on the floor (which makes the entrance of the box show up a little more), and put a bait hive already scented with lemon grass and bee’s wax onto the sheet. He then placed the bottle carefully up and around the hive and hit the branch with it. The swarm fell into the bottle and he dumped them into the box. Once they had all gone up into the box for the night, he moved it down near our pond.

So far, they are still there. We don’t want to get our hopes up too much, but it’s hard not to as it is so exciting knowing that we have a new bee hive on the property.

One great thing as regards our future with bees is that we are getting our forest garden going. Although it won’t be in full swing for a while yet, we do hope to one day have all the flowers we need to keep bees right here on our property. We know that we use absolutely no chemicals whatsoever on our place, so if the bees don’t need to go anywhere else, we can keep them safer. Our water situation has also improved a bunch, so we could even start growing plants just for the bees.