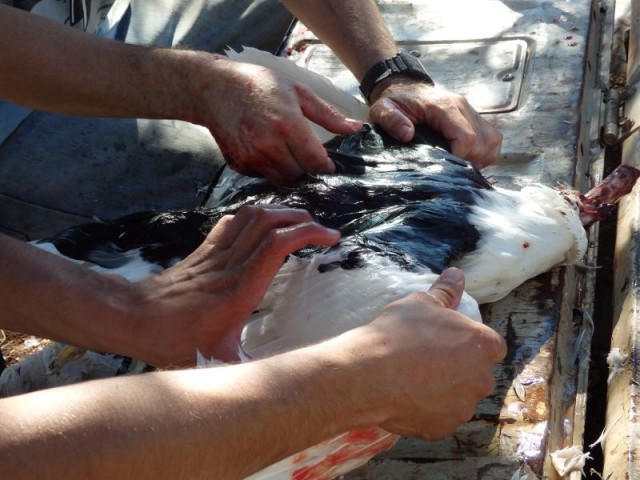 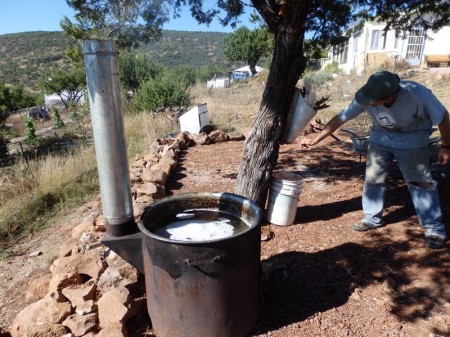 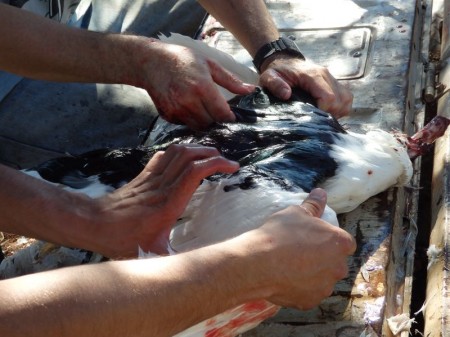 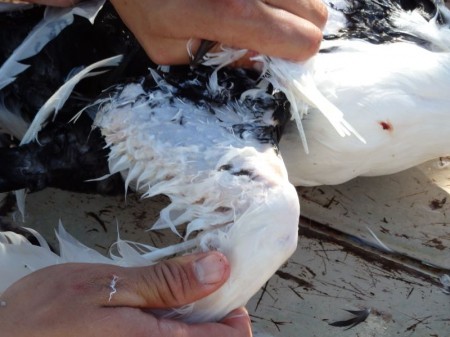 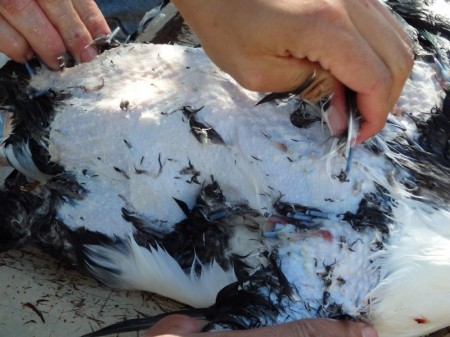 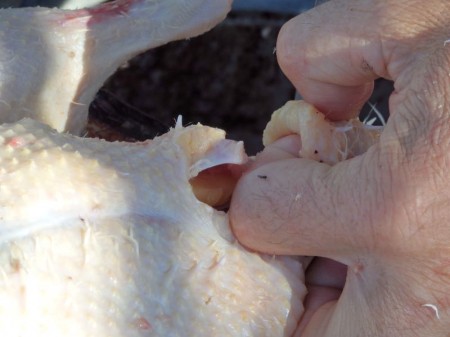 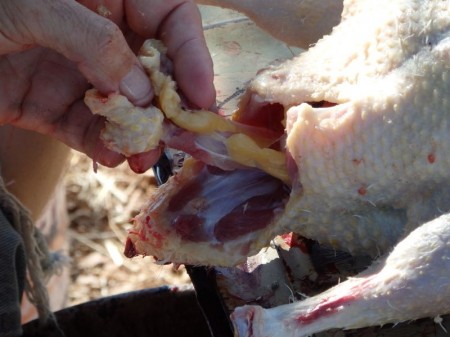 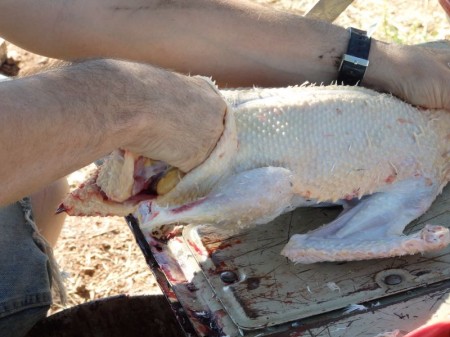 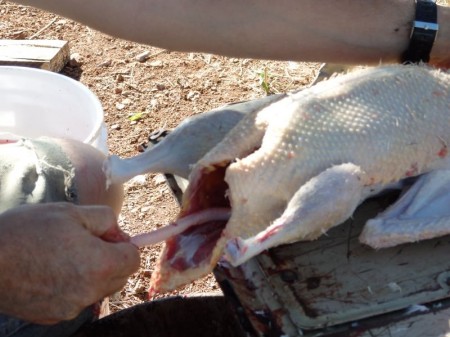 Before going on our Halloween trip, we had a bunch of things to catch up on around the place, like cleaning out the grey water filter, mulching the orchard, butchering 17 rabbits, transplanting more little trees for our nursery, butchering the young Muscovy ducks, and more.

We had been putting off the whole duck thing, because we’ve been so busy and were dreading the plucking process. However, we plucked just two of them a couple of weeks ago and found it wasn’t nearly as big a deal as we’d thought it would be. So, we set aside a whole day to do the remaining 12, and it all went smoothly.

We had a friend of ours helping, as I had to go into the kitchen to start processing the meat after we’d done 4 or 5, and the extra set of hands made a big difference.

We set up a big vat of hot water (about 165 degrees) over a fire, and added some dish soap and salt (these help cut through the waterproofing oils of duck feathers and make them come out easier). We would then let the duck bleed out and add it to the water for a couple of minutes, dunking it up and down in the water.

The plucking itself was pretty easy, except for a few who had a lot of pin feathers. And neither the gutting part nor the removal of the oil glands were a problem.

In the kitchen, I kept a few whole for roasting, but most of them I parted out into breasts, legs and wings. I also put several pounds of meat through the grinder. We are still experimenting with different forms of cooking this delicious meat, and all have turned out wonderful. The only problem we’ve encountered so far was a couple of older ones were a little tough, but soaking them in orange or pineapple juice takes care of that. And now that we know it’s not too hard, we will be butchering them a little younger.

Tonight’s dinner is going to be a variation of Shepherds pie, with duck meat and mashed sweet potatoes. Can’t wait!

We had thought we were on top of the duck population, but this past week has seen another 13 ducklings born! Good job we just bought ourselves a plucker, because it seems like the ducks are now in full production, and we’ve added 3 more ducks and one drake to our breeding stock.