A little late in blogging the visit from my folks... 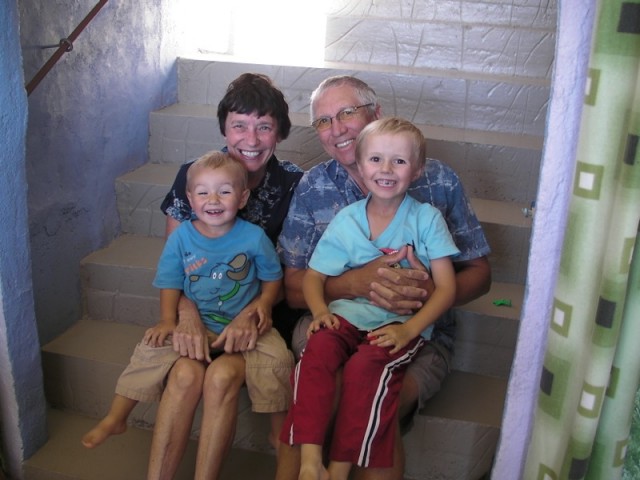 It seems like I was looking forward to my mum and Bob coming to visit for so long, and then, in the blink of an eye, the 10 days were over. And now, after another blink, I realized that it’s been almost two weeks since they left.

[flickr_set id=”72157636181673383″]
It was really great having them here. They slept in the boys’ bed, Leo went into the FunFort and Nicky slept in the crib (which we’d been keeping around solely for this visit and we’ve since passed on to another family). We alternate visits so that Bob and Jan come here one year and we go to them the next, to make it more affordable for everyone (although this arrangement is of course no where near enough time together). So, the next time they come, the boys will be 4 and 6 and we may have to figure out a different sleeping arrangement (we have a tent that would fit two little boys, or there’s the barn?). Who knows, we may even have the guest room built by the then, or our room, we’ll just have to see. 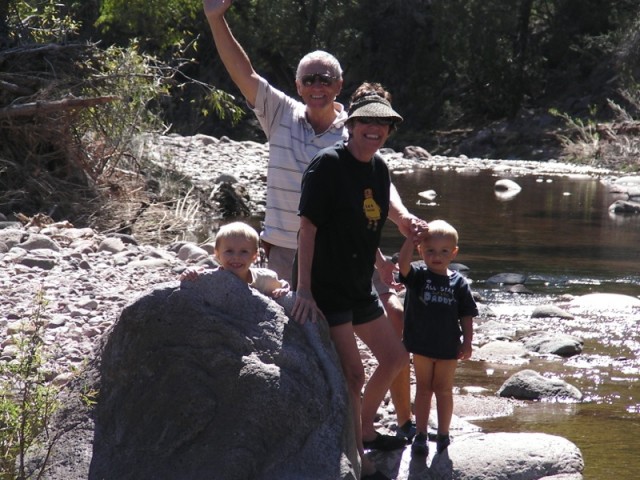 We did a few fun activities, like a picnic on an isolated part of the river, hiking down to a HUGE cave on a friend’s property, making 5 gallons of apple juice, etc. But for the most part, we hung out at the house, as the boys and I developed a pretty nasty cold which lasted most of the visit 🙁 . While Leo and Nicky were well, they were awesome, lapping up the extra attention, having fun, no fighting, etc. But once they were sick, they were a little grumpier, more prone to whining and fighting, and so on. Oh well. 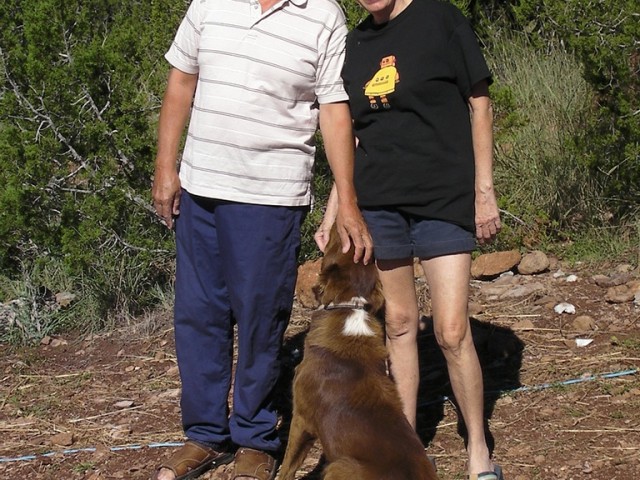 Abe and Bob spent some time practicing with their slingshots, and they even made one for Leo. He was pretty good, hitting a wheelbarrow consistently from fifteen feet. The big boys could hit a hanging can from about 60 feet. Next year they plan to get us a turkey for roasting. 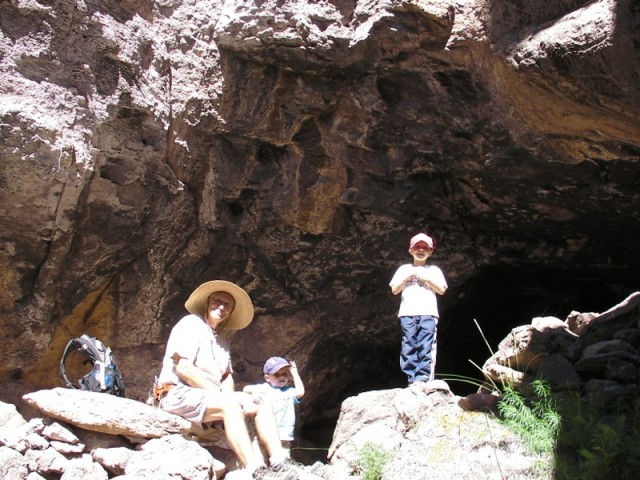 Jan and I obviously played quite a bit of cards and such. Most of the time, it was with the kids, so games like Go Fish! Still, it was fun and the boys really enjoy playing games (of which we have a ton). What was truly amazing (other than Leo always whispering to Jan whenever he picked up a dolphin – her Go Fish favorite) was that Nicky did really well. He can play some of our board and memory games unaided, but this was a little harder. And he actually held his own. He would occasionally ask you for a card he didn’t have, but that was the extent of his mistakes – not bad for a two year old.

Of course, as always, it all passed way too fast, and now we’re back to work. It really sucks that we all live so far apart.