It's been a great year for the garden. 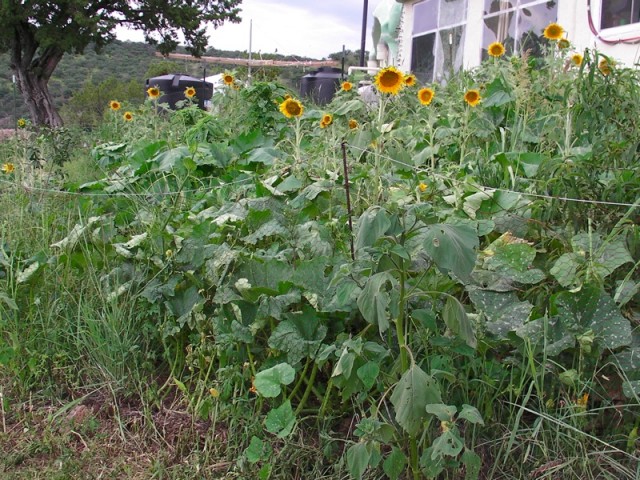 Although we’ve had less rain overall this year than previous years (excluding 2011, when there was almost none), it has been constant. We have only had to water the garden once.

We started it late, as we had no water to spare from last year’s drought, but that hasn’t stopped its productivity. We are eating squash, beans and greens fresh most days, and we have roots, sunflower seeds and winter squash that will keep us going over the dry and cold season. Plus we’re starting to get peppers, cucumbers and tomatoes (our inside tomato plants provide tomatoes year round so the outside ones will be mainly for sauce).

[flickr_set id=”72157630765935694″] We try and weed, but only half-heartedly. The weeds give the abundant grasshopper population something else to feed on, as well as extremely good ground cover.

The great thing about the rainfall we’ve had and the extra tanks we’ve built, is that we will have plenty of water to keep a garden going over winter and to start one early next year.