Our garden is now equipped with sprinklers and drip lines. 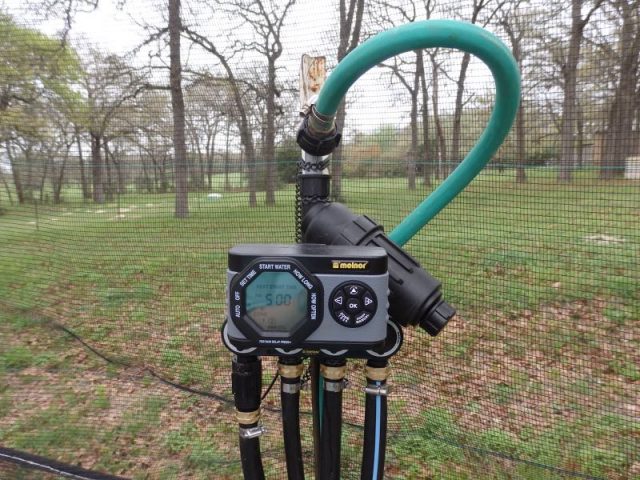 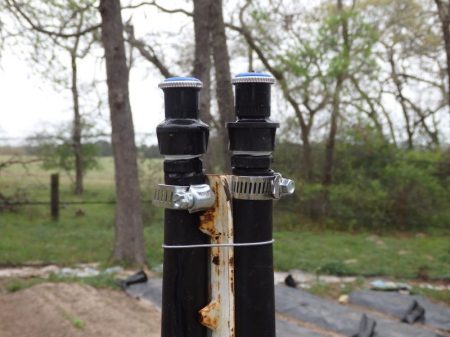 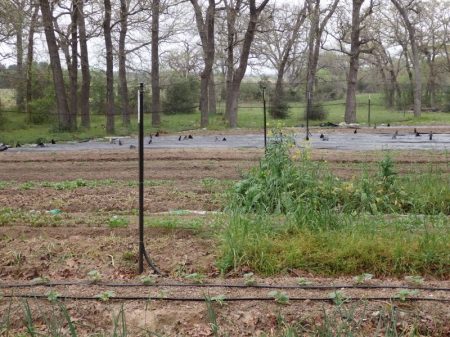 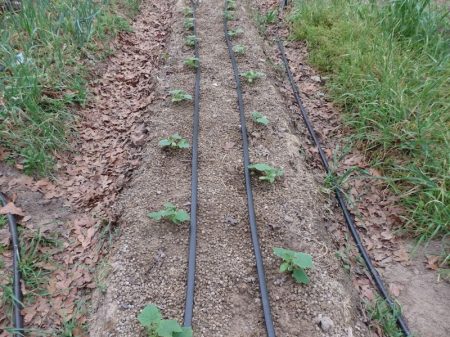 When we only had a couple of rows planted, watering by hand with a hose wasn’t such a big deal. However, now that two thirds of the 5000 square foot area is planted, it had become a chore.

So, we installed an irrigation system. The garden is now split into four zones. The first one, which consists of three rows at the top and three at the bottom, is made up of drip lines. These are for the plants that prefer not to be watered from above (like squash, cucumber, tomatoes). The other three zones, with six rows each, have sprinklers.

Everything is set on a timer, so that they come on, one after the other, in the early morning.

We have also started putting mycelium and mulch in the paths, so that as the “wasted” space gets water, it will produce mushrooms.