Gojis are one of the easiest plants to root, as we have been discovering. 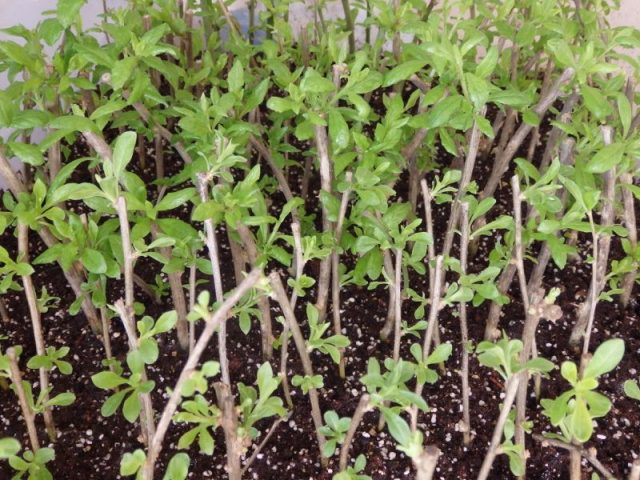 After having little luck with growing grapes in our soil, we begun to look for plants that could fill the same roles within our forest garden. Goji seemed to fit the bill and had various additional benefits.

The Goji (or wolfberry) is a vining shrub of the nightshade family (as is the tomato and potato). Its leaves and berries are both edible, and have been used in China for thousands of years for its various medicinal properties. It is now often sold a “super food”, usually as a dried fruit, in health food stores, and is a high value product to farm. It is also water efficient, tolerates high heat and poor soil, and survives freezes.

Last year, we bought several cuttings to try out. We had them growing in pots inside the house over winter and then planted them out during spring.

When our neighbor’s cows broke into our land and gardens, we thought we had lost all our gojis (as they were all eaten down to the ground). However, not only did some of those plants grow back from the roots, but we also discovered a couple of plants that had sprouted up in our inside garden (from where the roots from the potted cuttings had touched the soil through their bags!).

About 10 days ago, Abe cut back the two gojis that we have growing inside. He stripped the leaves off all the prunings, cut them into 5″ chunks, dipped them in rooting hormone, and struck them in some potting soil. He put them all in a plastic tub with a lid on to preserve the humidity. After just a few days, almost all of the 200 sticks began to leaf out. There is now, 10 days later, a veritable mini-forest.