Leo is learning a new set of very useful skills. 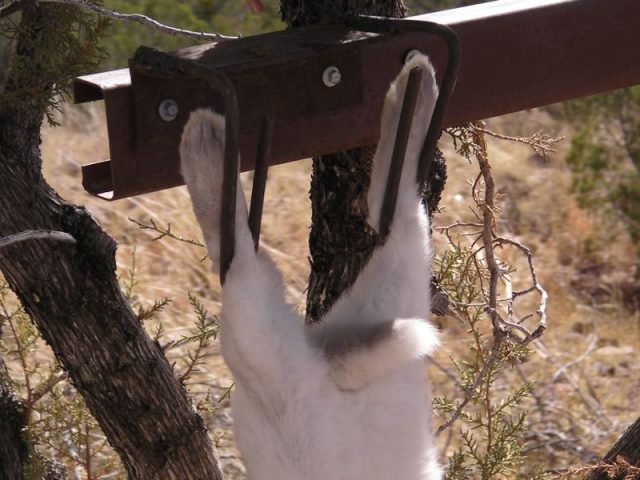 The other day, we had 14 rabbits to process. I was inside, turning the meat into various cuts, as well as chunks and mince. Abe was outside at the butcher station.

Leo has often liked to hang out with Abe while he butchers, learning about the internal organs and helping when he can. However, this time, he took a far more active role. He ended up skinning and gutting many of the rabbits all by himself, and was apparently very good at it.

Also, while they were working, they talked about the role that hunting and butchering has played in various cultures. Leo became fascinated at the mention of how hunters, as a sign of prestige and accomplishment, would eat the raw liver of their kill. He decided he would like to try it, so he removed the liver of the animal he was working on and took a bite. He claimed it was delicious. Yeah, yeah, I know – not everyone’s cup of tea, BUT I was really proud that he was so willing to try a new experience, especially one that would turn the stomach of many people.

There was a downside to the day, we were all so busy that we never got any kind of photos of Leo’s latest accomplishment. Oh well, I’m sure there’ll be other opportunities.