We have just bought a new potbelly pig to add to our farm. 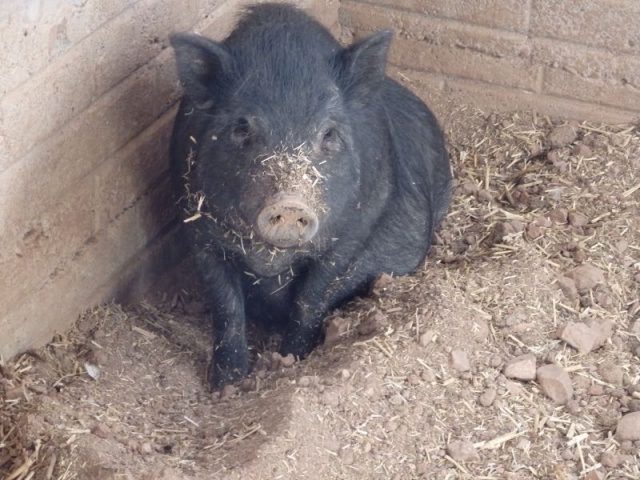 We hadn’t planned on getting any more pigs, but a deal came up that we just couldn’t pass up. A lady in our nearest city had several potbelly and mini pigs, which she had to get rid of in a hurry. So, she sold all the babies she had at the usual, ridiculously high price (potbellies are a fad pet, which makes the price of babies far more than they are worth), but she couldn’t sell a two-year old female who is pregnant. Because people want the pigs for a cute, small pet, adults are harder to sell, especially one that will shortly have a litter. 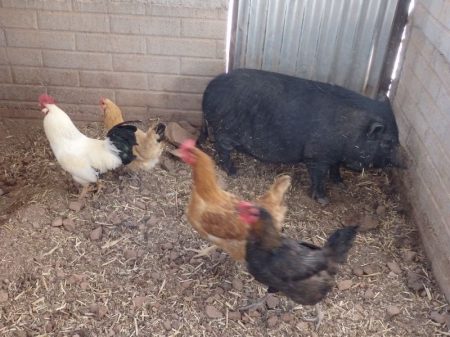 So, in we stepped to the rescue!! We went to pick her up over the weekend, which was a rodeo in itself. They may be smaller than regular pigs, but they are still incredibly strong and HATE to be picked up. We eventually got her into a cage and loaded up in the truck and headed home.

For the time being, she will live in an enclosed pen in the barn, until she gets used to us and her new home (although the chickens fly in to see if she left any food!). She’ll then be able to go outside the barn and will eventually join the other pigs to help plow the pasture.

She seems like a healthy pig, about two months pregnant, and should fit in great. Her name is Potter. It’s the kids who decide the names around here, and they have recently finished watching a Christmas gift – the complete set of Harry Potter movies! With any luck, her magical abilities will be minimal, as pigs are far too smart to be endowed with any further Houdini-like skills.