We have a new addition to the family. 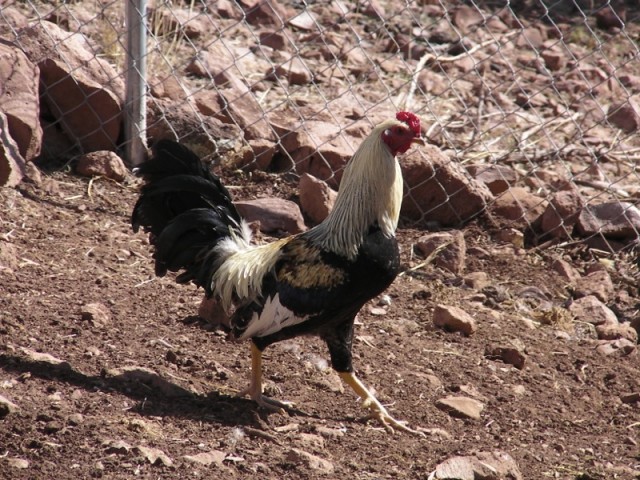 We have a couple of guys from the village that come and help us with various projects around the place. Between the two of them, they have participated in almost every major project since the first little room we built. They have been invaluable.

A few days ago, they brought us a rooster from the village.

[flickr_set id=”72157621923274024″] We have beautiful hens. They’re extremely tame, fat and each lays almost every day (even during winter). They spend their time wandering around the place, scratching through dirt, eating bugs, tilling the garden, etc.

When the new rooster arrived, he figured he’d landed in heaven. He immediately started to jump every hen in sight. No singing, dancing, getting to know one another, nothing. Naturally, our girls beat him up pretty bad.

Then, the guineas heard the commotion. They immediately identified him as an intruder, circled him, and proceeded to attack. That poor rooster barely escaped and spent the first couple of days hiding and skulking around in the trees beyond the barnyard.

It’s now been the better part of a week and he has been accepted. He hangs out with the chickens, sleeps on their roost, can service them whenever he wants, and so on. He seems at ease, though he still watches those guineas with extreme caution.