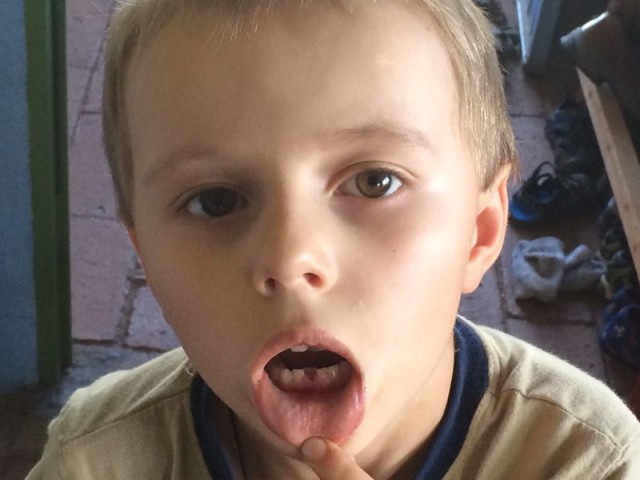 Most of Leo’s friends have already lost several teeth, but he still hadn’t, which was starting to worry him. So, when a new tooth appeared a few weeks ago, he was super excited. The only problem was that his baby tooth hadn’t fallen out yet and so the new one was coming in behind.

It kind of freaked us out, but after a search online, we discovered it was quite common and is called “shark’s teeth”. People say that the baby tooth usually comes out on its own and then the adult one will gradually move into place. 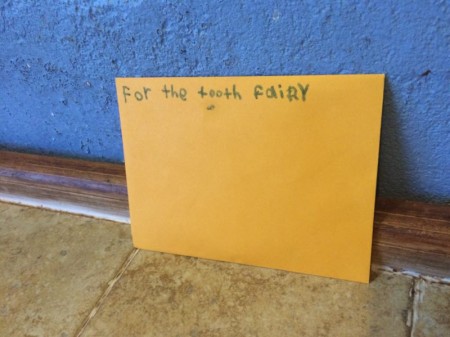 After a couple of weeks, when his baby tooth still showed no sign of coming loose, we took him to the dentist. She decided to pull it. Leo was a little scared, but was very brave and it all went smoothly. She told him to start trying to move the baby tooth next to the one she pulled, as it was likely to do the same.

He was very happy to have lost his first tooth and was thrilled when the tooth fairy paid him a visit. It begins…