Our Muscovy Ducks are now in full swing and we are suddenly inundated with ducklings. 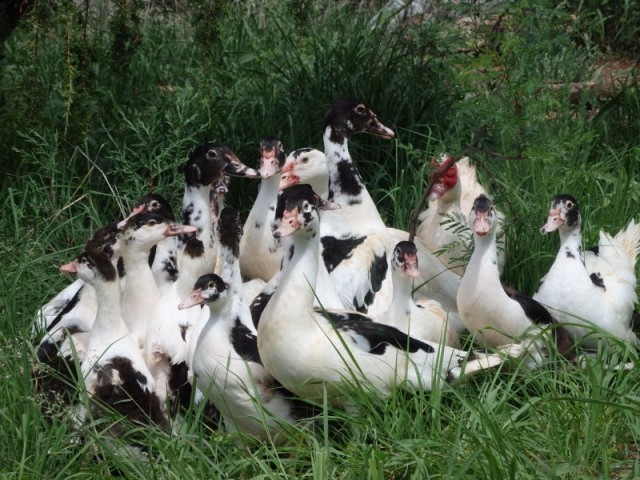 It took us a long time to find Muscovy ducks near us, but the effort has finally paid off. We now have a full on flock of ducks, and more are on the way. They are beautiful creatures, and very gentle. They eat rabbit viscera as if they were starving, and can catch flies right out the air.

We have a total of 21 ducklings, 4 or 5 of which we’ll be keeping. We weigh and sex them at 5 weeks old, and then again at 12 weeks. We have several that are 6 lb and we’ll soon get to taste the apparently delicious meet. 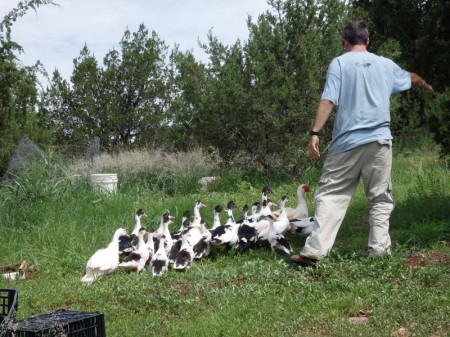 Now that they’re all getting bigger, we have started to let them out to pasture during the day. They move as one and are very easy to herd.

We also have two ducks setting nests at the moment. One is near the end of the 35 day incubation period, so she has been moved into the nesting/hatching stall of the barn, where she won’t be bothered by the rest of the poultry. The other has been on the nest less than two weeks and is still in one of the other pens. We’ll probably have to move her soon. 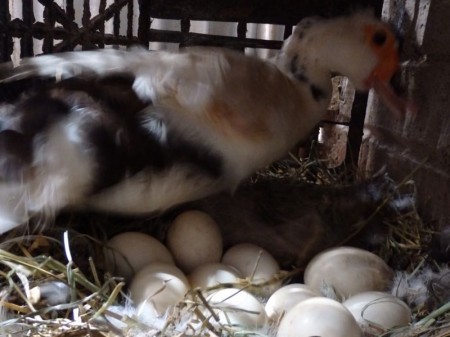 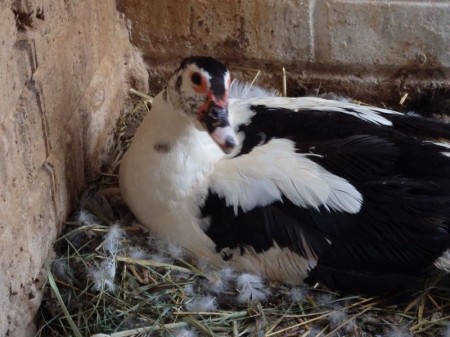