At a year and nine months, Nicky is now weaned. 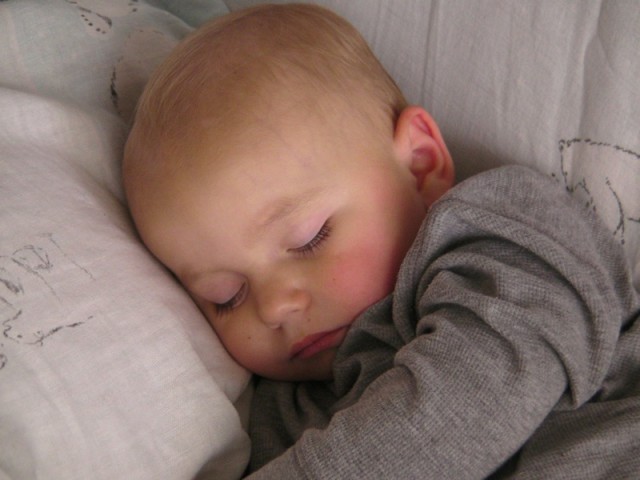 I’ve been gradually reducing the amount of times Nicky nurses each day for a while now, and a few days ago, I cut him off completely.

[flickr_set id=”72157632412073319″]
It’s been fairly easy actually. I think doing it so gradually helped a lot. He cried the first night he wasn’t allowed to nurse before bed, but that was it. Three days later, he still asks for it before bed, but he now does so while smiling slyly at me, knowing that I’ll say no, but figuring he might as well try! The downside to the weaning thing is that I have now started my period again, after 2 and a half years! Oh well. 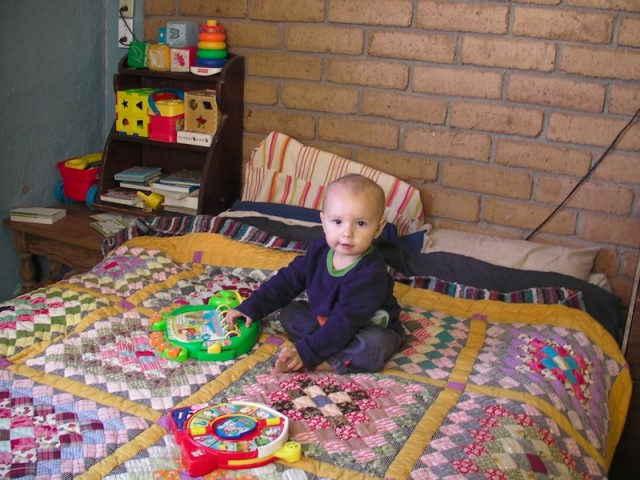 Nicky’s at a lovely stage right now. He’s full of mischief and everything he does seems funny. It’s sometimes very hard to keep a straight face while telling him off. This is all heightened by the fact that he is talking more and more, which adds a definite flavor to his chatter.

He climbs on everything, runs, tries to jump, loves to dance. He still tries to copy everything that Leo does, which is both a good and bad thing. He’s also really into coloring and books right now. Although now that the weather is a little warmer, the kids tend to spend a lot of their time outside. 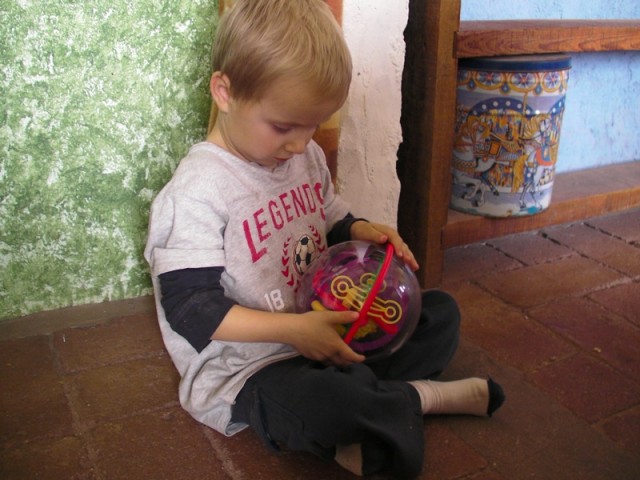 As for Leo, he’s doing pretty good. We’re still having some trouble with him being willful and defiant (he must get that from his dad!), but when he’s busy and kept so, he’s great. He counts to 100, adds easily, colors and writes well. He’s also on the verge of reading properly. He sounds out the words pretty well, and I think just lacks the confidence to know that he can actually read by himself. Still, he’s not yet 5 so we’re in no rush!

Leo’s also getting very dextrous. He can take almost anything apart and put it back together. Very good at puzzles. We got him a Perplexus Rookie , which he has completed many times and does it with enormous patience.

The two of them play very well together in general. It often ends in tears or fights, but they do keep each other well occupied. Can’t believe they’ll be 5 and 2 in April.