The weather here is definitely different from what we were used to. 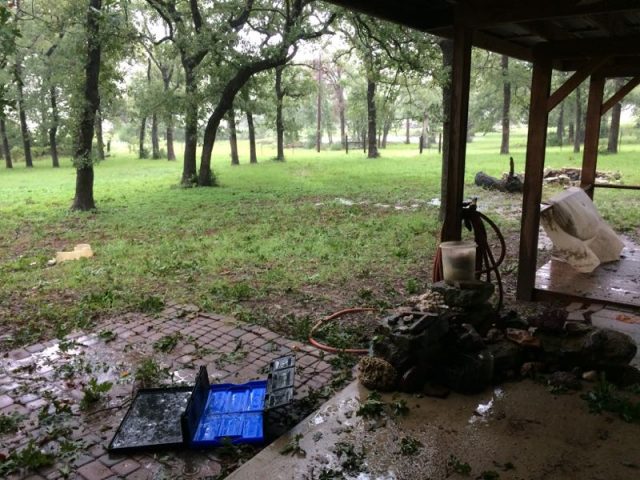 Where we were, we had an average of 25” of rain annually, but it almost all fell over the rain season, between July and October. We therefore had a long dry season to contend with. Here, things seem a lot more balanced, with a couple of inches of rain each and every month. This is certainly better for the plants, but it will also be great when we set up rain water catchment, as we won’t have to have nearly as many storage tanks as an 8-9 months dry season requires.

We have already experienced some of the extremes of the area, as we arrived here a little before Hurricane Harvey did. In our old place, we had the Sierra Madre mountain range in between us and the hurricanes, so we got a very diluted effect. Harvey gave us 15” of rain in 2 days, but everything handled it very well.

Another thing that’s great here is that we’re pretty protected from the wind. The woods seem to absorb most of the currents, so we don’t seem to have the high gusts that we had before.

The one difference that’s not so desirable is the humidity. Dry heat is fairly easy to deal with – you just get in the shade, have something cool to drink, and maybe turn on a fan. Humidity is much harder to escape from. In July and August we had the air conditioning turned on a lot, which doubled our power usage. We may have to figure out some other form of cooling for next summer.