We took Sophie to the city the other day, and the vet injected her with a contraception that should last 6 months. 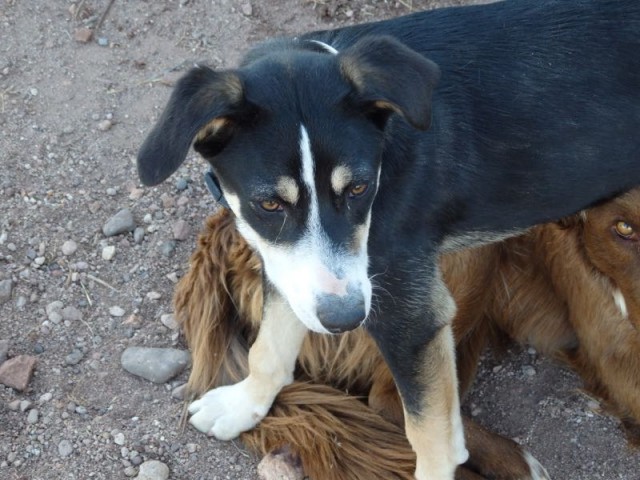 I was talking to my mom about how much we were dreading Sophie going into heat, which could occur at any point now that she’s 5 months old. We don’t want her getting pregnant yet, and the thought of how crazy she and Sam might get wasn’t pleasant, not to mention the fact that she would have to be locked up for as much as three weeks.

My mother casually remarked that it would be a lot easier to just give her the pill. They have that for dogs? Sure they do. So we called our vet and he told us to bring her in.

Despite the two hour drive and the novelty of life in the city, she was super calm and happy the whole time. We arrived at the vet’s, he injected her with a contraception that’ll last six months, and five minutes later we were done. Awesome!