The kids' have taken to browsing through the forest garden every afternoon, eating as they go. 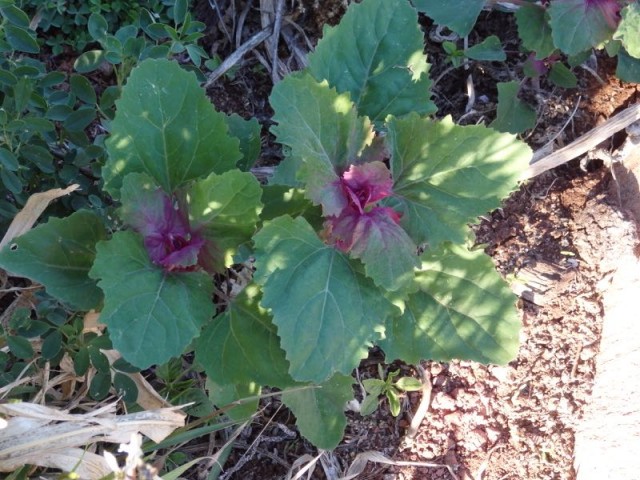 Leo has always liked vegetables of almost every kind, whereas Nicky is far more particular. He loves a few of them, like broccoli, carrots, and corn, but for the most part he’ll turn his nose up at most of the greens you put on his plate.

The really strange thing about Nicky is that it doesn’t seem to be the vegetable itself that is the problem, more of its location on his plate. For example, every day he’ll eat cherry tomatoes off the vines we have inside the house (which produce year-round), but if you add one to his meal, he’ll leave it untouched.

Now, with the forest garden that we began last year turning lush and green, the boys have found a new hang-out and Nicky’s browsing habits have expanded. Every afternoon, they go rummage through the diverse plants, of which there must be almost 100 different kinds. They know which ones they are allowed to eat, and they camp out in their favorite spots, often down on all fours pretending to be rabbits!

Leo’s favorites are mint and chives. Nicky, on the other hand, is obsessed by domestic Lambsquarters. We planted a few last year and let them go to seed. This spring, a million of the little guys have sprouted. They are beautiful, with a tinge of purple to the large green leaves, and have none of the bitterness that the wild variety can have. Nicky has claimed them as “his purple ones”. We hope that he leaves at least some of them to grow, but I guess so long as he’s getting the vitamins, we shouldn’t really complain.

We have been really amazed at how well the forest garden is doing. We’ve had a fairy wet winter, so I’m sure that helped keep the water battery charged. It is constantly wet down in the soil, and we haven’t had to turn the irrigation on at all. There is a ground cover of alfalfa throughout, all the trees have bloomed and have tiny fruits appearing, there are tons of greens and herbs, and the berries are all leafing out. It is an amazing place and has worked out really well. In another week or so, we’ll be fencing the chickens out of the second row and will be planting it.