This has been by far the wettest winter we've had since we've been here. 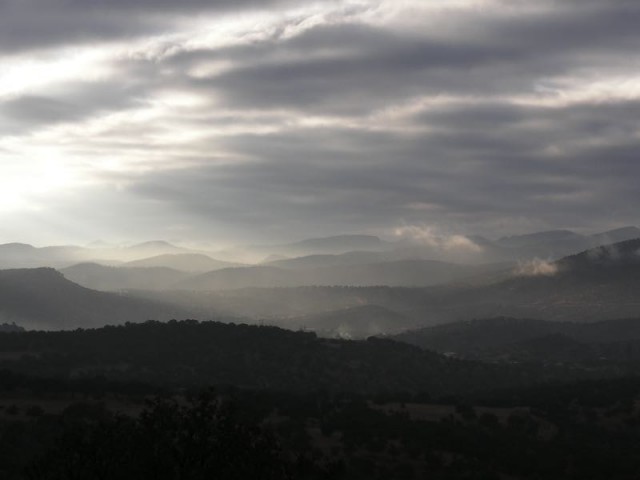 Our rain season usually begins in June. It continues through September, although we sometimes have a little rain in October. From the middle of October through May, we get very little moisture. We have sized our rain catchment system to accommodate this weather pattern. We built enough cisterns to last us through the dry season (and then some, just to be safe), and we have enough catchment area to fill those cisterns, even in a very dry year.

Just so you have an idea of past years, here is the rainfall we received in previous winters, from October through May:

Every single cistern is overflowing, and has been most of the winter. The forest garden is already thick with alfalfa and all kinds of herbs and other perennials, without any need for irrigation. Lambs-quarters and other edible weeds are everywhere. The garden’s winter crops are in excellent health, with absolutely no watering. And grass is already green and growing. While this may not seem that remarkable to many of you, please remember that we live in a high desert environment.

We should be out there planting a whole array of things, both in the orchard and garden, but it’s been so drizzly, foggy and soggy these past two weeks that we haven’t really wanted to go outside!