We had a break from school over Easter, so used the time to go and see family. 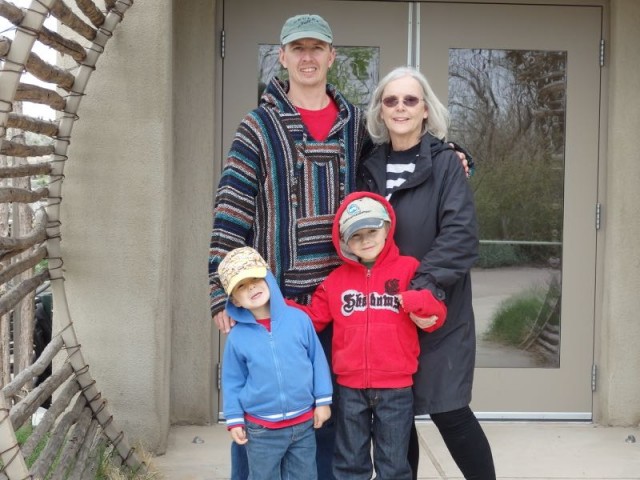 We just got home after spending a wonderful week with Abe’s mom and brother. The weather was crazy, going from 90 degrees and calm to 50 degrees and super windy, but despite that we managed to fit in a whole bunch of activities. About the only thing we didn’t have time for was a picnic at the park, but we did that on the drive home, so that kind of counts. 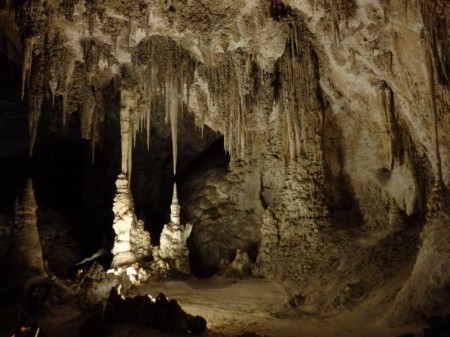 Abe and Vickie took the boys down into Carlsbad Caverns. They used the elevator to go down and come back up again, but spent a couple of hours walking around the amazing caves. Both boys loved it and were completely in awe of the spectacular scenery. 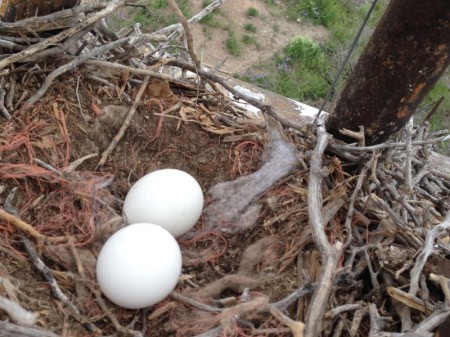 Perhaps the highlight of the whole trip for Abe and Leo were the baby owls. We found two nests of Great Horned Owls. One was at the top of a windmill, and Abe, Leo and Augie all climbed up to look inside. There were two eggs in there.

The second nest was near the top of a pine tree, between 30 and 40 feet off the ground. After the excitement of finding eggs in the first nest, Abe decided to climb the tree. He found three baby owls, one of which was dead and had been pushed out of the nest onto a nearby branch. Abe was giddy with happiness at having the two little guys stare at him curiously. The climb was a little tricky, with two full horn owls circling him the whole time, so we had to say no to Leo’s pleas to climb the tree.

Unfortunately, Abe didn’t take his camera with him, and didn’t want to enrage the two parents any further by going up again. 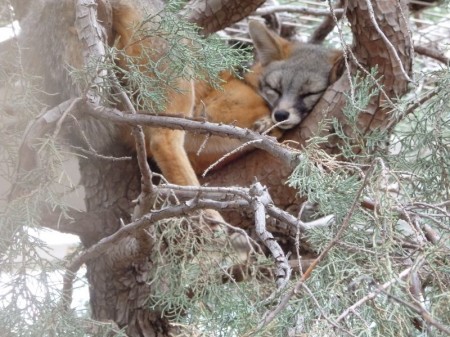 The trip to Living Desert, which is filled with native species of plants and animals, was Nicky’s favorite outing. He especially loved the bear, and kept wanting to go back to see her again, even though she had gone into her cave for a nap. The last time we went there, I was about 8 months pregnant with Nicky, and I have to say that the walk was a lot easier this time. 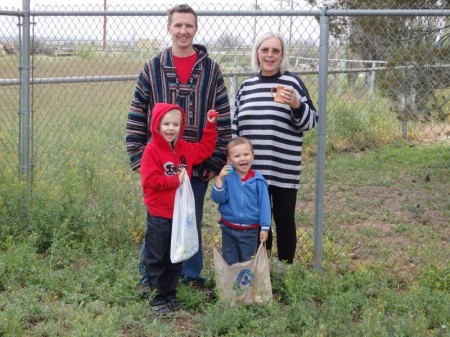 The Easter Egg hunt on Sunday morning was great. Both kids raced around the house and garden, filling their bags. The eggs contained candy, toys, confetti and just plain old eggs. Near the end, Leo looked at me and said, “Wow! I never knew that Easter was so much fun!”. 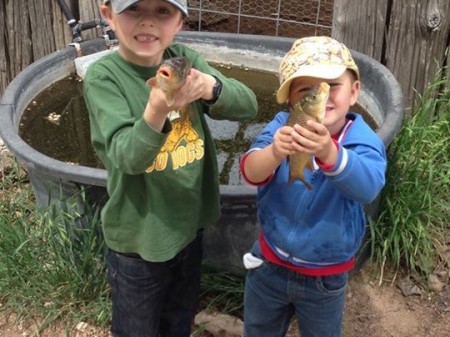 The two sets of boys (big ones and little ones) managed to squeeze in a little fishing trip when the wind had died down. They caught several big carps, which they put into various water tanks around Vickie’s place. And, of course, there was the “one that got away”, snapping Augie’s line. 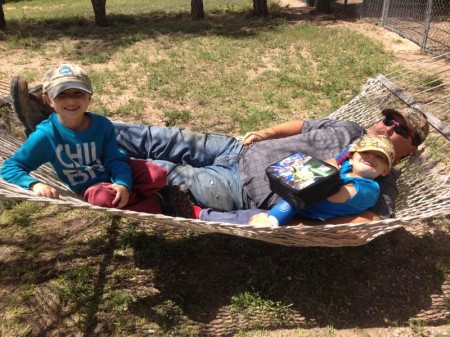 The rest of the time was spent chilling: riding bikes, feeding animals, dozing in the hammock, watching TV, playing games. You know, vacation-type stuff. Altogether we had a great time, and the kids were very sad to say good-bye.