We have two new members of the family, as we slowly move towards the status of petting zoo! 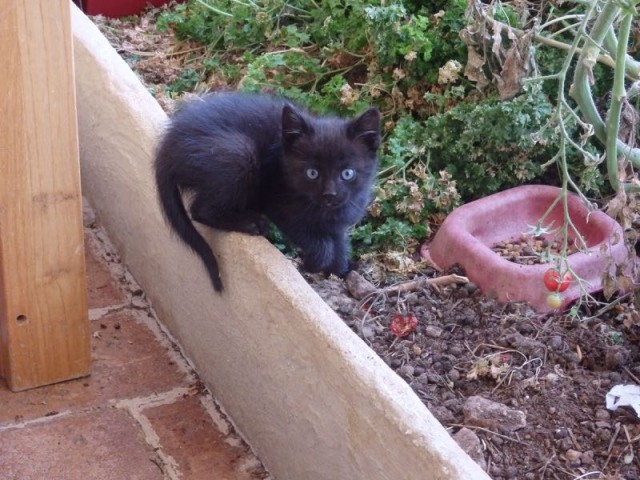 We’ve been meaning to add cats to our list of animals represented here on the farm for a while now, but we kept putting it off. However, when the cat of our closest local friends had kittens, the issue became a priority. Nicky began a tirade of daily questions: “Can we go get kittens today?”, “When can we have kittens?”, “Do you think Daffy would like some kittens?”, and so on. We eventually gave in. 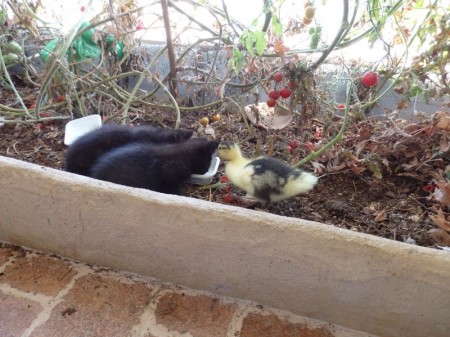 So we now have two tiny terrors living in our house. When they first moved in, they would hiss at everyone and hide whenever they could. It’s been a few days though, and they’ve definitely settled in. They tear around the place, playing and climbing and getting underfoot. They get constantly manhandled by the kids, but now accept the attention with a steady purr. The only one they’re not too sure of is Daffy! Our little duck rules the roost and she chases after the kittens mercilessly. I think the cats want to play with her, but they’re still a little intimidated. I keep trying to get the chase on video, but they all move too fast.

Once the little fur balls get a little bigger, we’ll put them outside, probably in the barn at first. It’s like a miniature petting zoo in here, but at least the kids are happy to do most of the “mucking out”, especially if it means they get to keep their pets inside.