Our "baby" has now turned four and has decided that he can do everything a big boy can do. 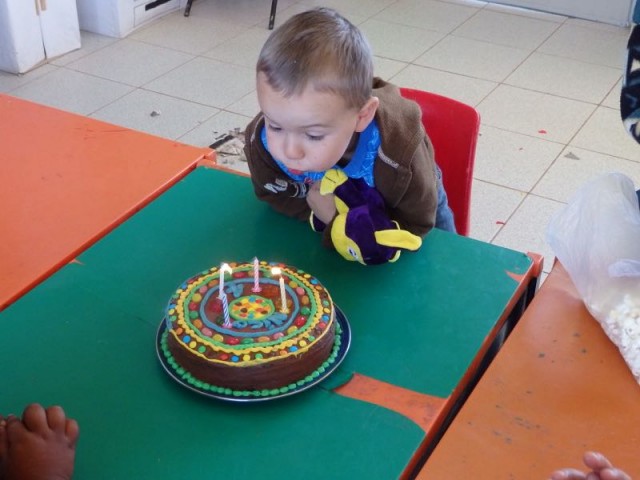 Both the boys seem to be growing by the second, and Nicky has now hit that “big boy” stage. He’s convinced that 4 is the age that he’ll be able to do everything that Leo can do and he can’t. We keep trying to explain to him that Leo will always be three years older than him, no matter how old Nicky gets, but he’s not convinced.

In truth, the younger kid does seem to grow up faster in a lot of ways (like talking, walking, running, etc.), mainly because he has a big brother to help and motivate him. But no matter how quickly Nicky picks things up, he’s still a lot younger and smaller, and shouldn’t do half the things that Leo does. Their new love of parkour, and trying to out-compete each other, especially gets my hackles up! Oh well, I’m sure this kind of thing has been happening for millennia and the human race seems to be making it just fine, so I’ll try not to worry.

This year, Nicky had two birthdays, one at home and one at school. 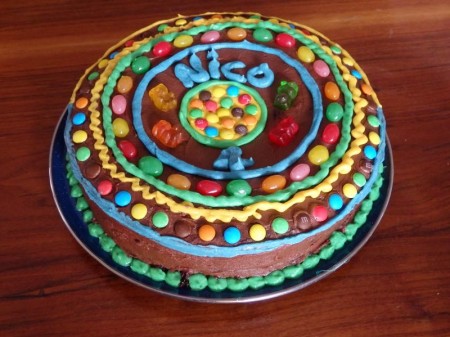 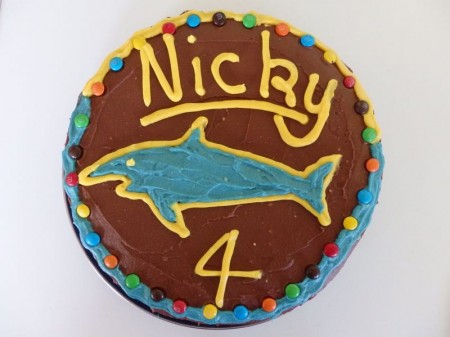 The first was with his friends. We live in a small community and the size of each class is miniscule. For this reason, our “kindergarten” combines kids from 3 to 6. We decided to do his party in school, so that the bigger kids of Leo’s age couldn’t come. We had cake, food, piñata, and goodie bags. It was fun, and Nicky got some great gifts.

The next birthday was at home, with just the four of us. It was low-key, with just gifts and (another) cake. Nicky got a Count Dooku action figure from Leo and an R2D2 Operation game from us. Between the two boys, they have almost the whole collection of Star Wars figures (Nicky’s favorite movies and toys). They lack two, which they’ll probably get at Christmas. The only downside with this is that the new Star Wars movie will be out then and so we’ll have to start again! I’m sure the movie makers don’t even consider this when they make sequels (?!).